The Tacoma is a staple of the off-roading and pick-up truck world. The Japanese practicality paired with a sense of determination and performance built for the toughest jobs. As with many OEM lighting parts, it really falls short of the rest of the truck. Remedy that by making the upgrade to the Morimoto XB LED Taillights for the 2016+ Toyota Tacoma! 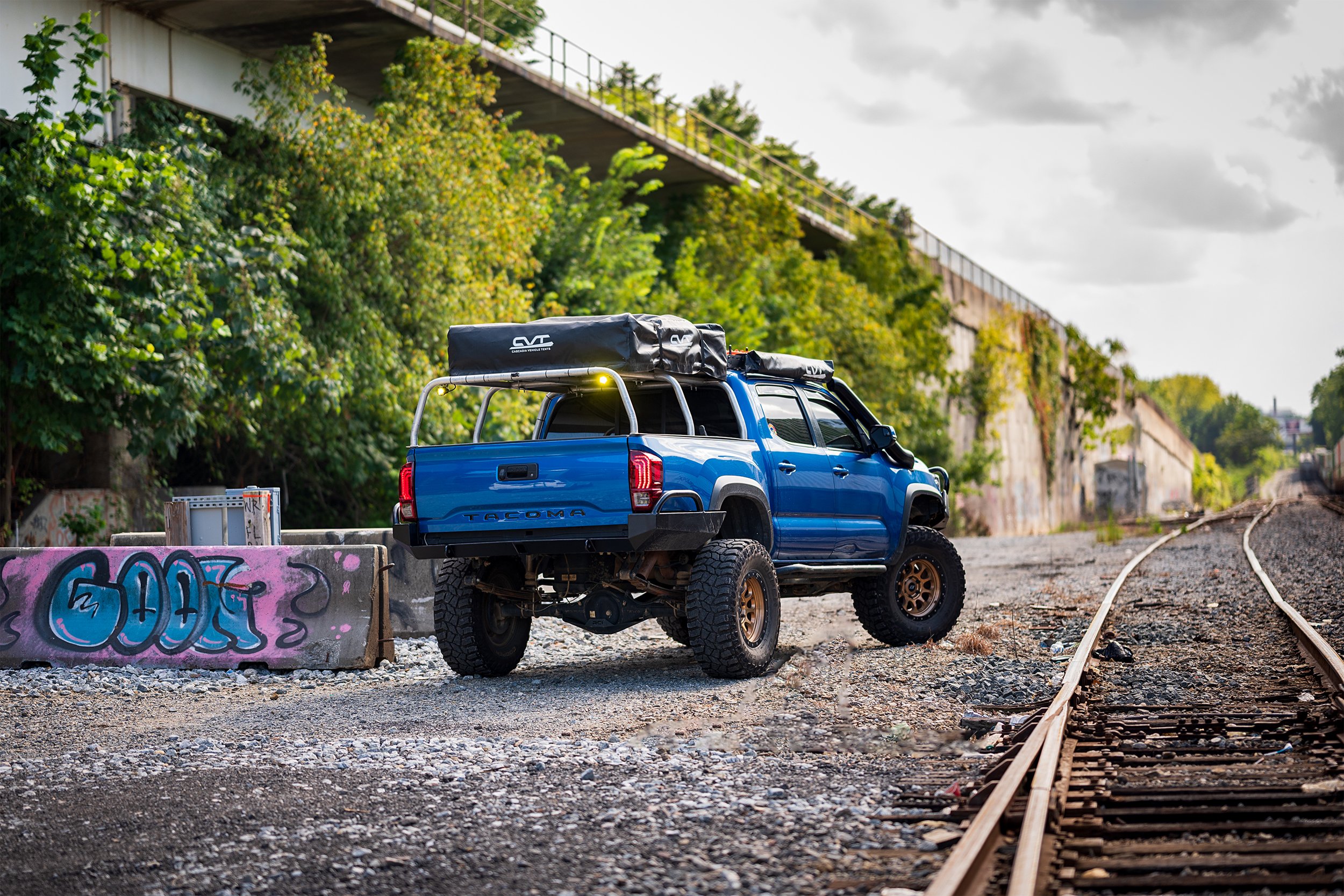 Just like their Tundra tails, Morimoto has done it again with these fully LED taillight assemblies for the 2016+ Toyota Tacoma. The Tacoma has only been around since 1995 and it replaced the famous Hilux with the intention of carving a segment of the compact pick-up market with a truck that could be used more as a personal vehicle and less as a commercial vehicle. The size, suspension setup, and interior comforts all worked to establish that.

Nevertheless, enthusiasts found a way to bring this into the spheres of off-roading and Overlanding. 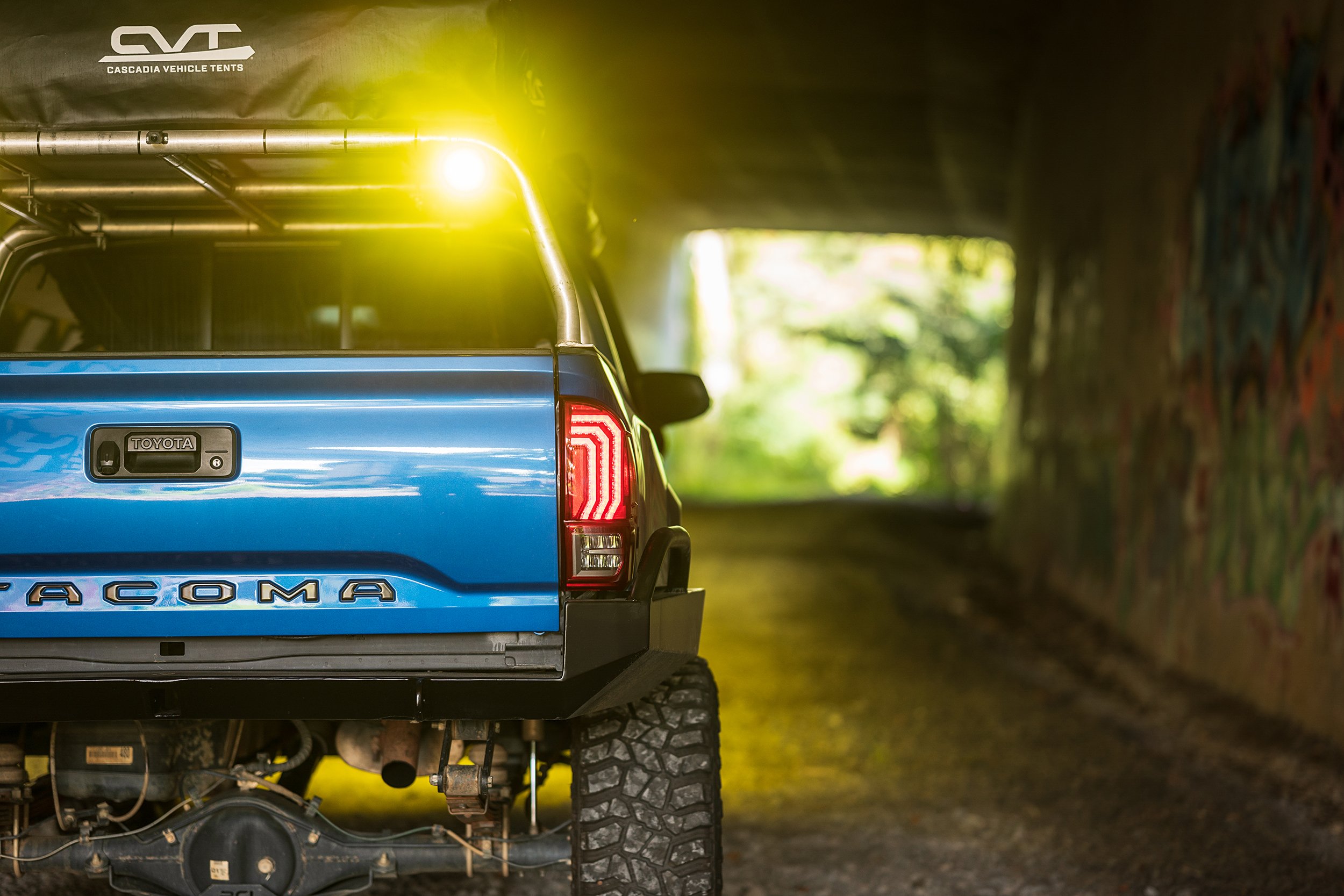 Many think to upgrade their suspension, roof racks, stereo, fog lights, and headlights, but you should never neglect the taillights. Especially when you can get a pair as nice looking, well-performing and easy-to-install as the Morimoto XB LED taillights.

As per usual with Morimoto, these feature modern styling that draws from existing designs. This gives the light a futuristic, yet contemporary design, ensuring these will only age with grace. While we are on the aging subject, the UV-polycarbonate lens will protect your taillights from the Sun’s harmful rays. 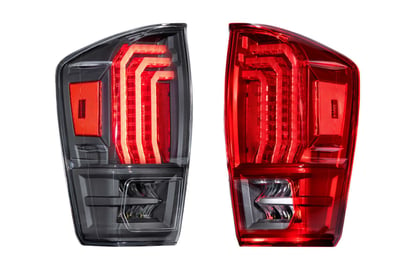 You also have the option of choosing between two different versions of the taillight. One has the matte graphite finish that many Morimoto housings utilize, and the other has a standard red finish. There is the option for those wanting something more aggressive-looking, or closer to the OEM look.

The prominent light blades within the taillight are illuminated from the rear with integrated TIR (Total Internal Reflector) optics that serve the brake light, parking light, and turn signal. The optics may be molded from red polycarbonate, they do illuminate amber when you put on your turn signal.

When you put your truck in reverse, the fully integrated, and fully LED, reverse light comes on. The eight LEDs emit light into the reflector-based optic to create a reverse light brighter than most factory taillights.

As standard with Morimoto housings, these come equipped with a sequential turn signal. If that is not your thing, you can easily change it to a standard blinker by changing a wire connection.

Open your bed door and remove the two screws at the top and bottom of your headlight with an Impact/Ratcheting Wrench. 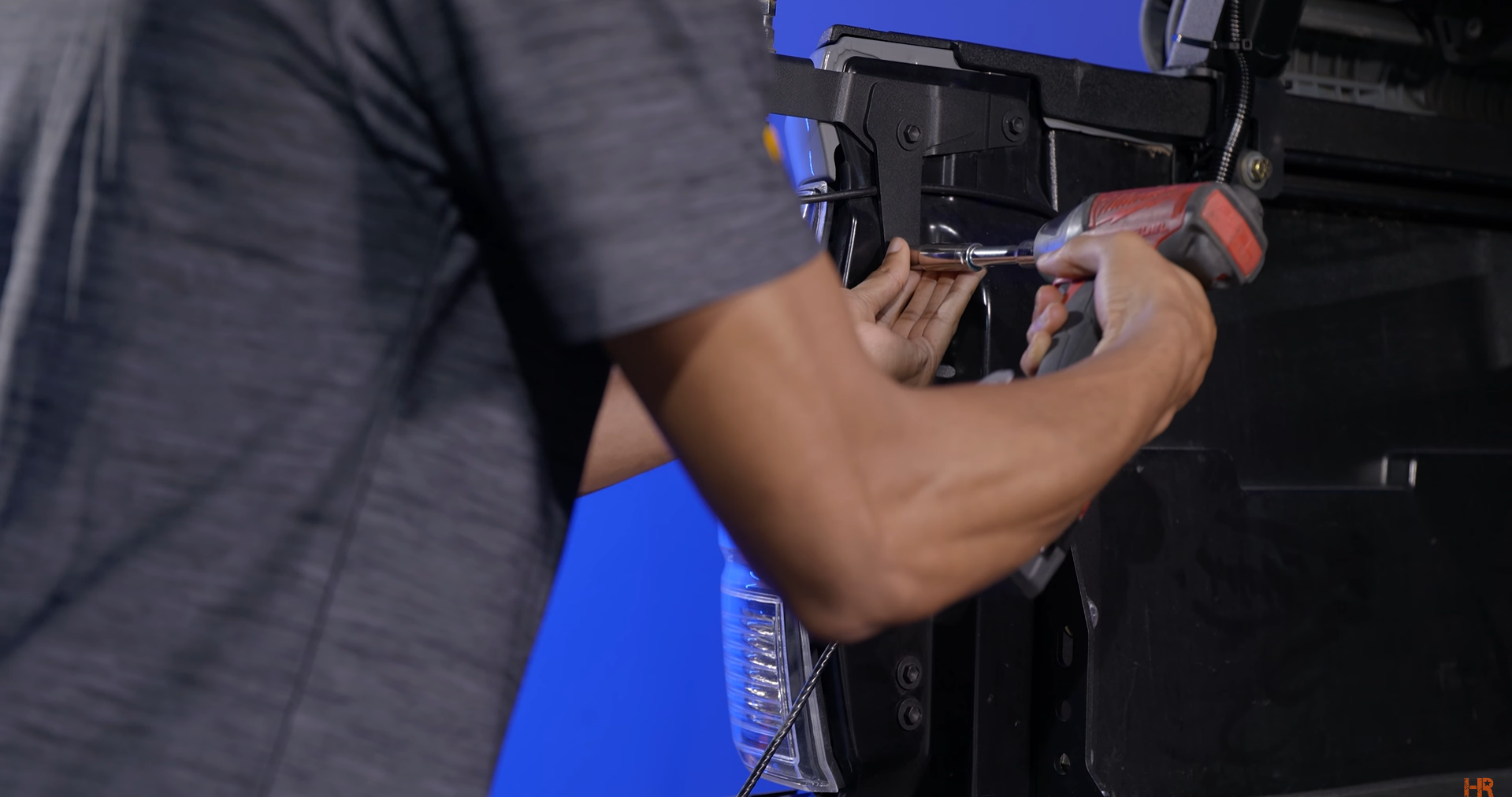 Once those bolts are removed, you can pry the OEM taillight outward from the truck. Then, unplug the factory connectors. 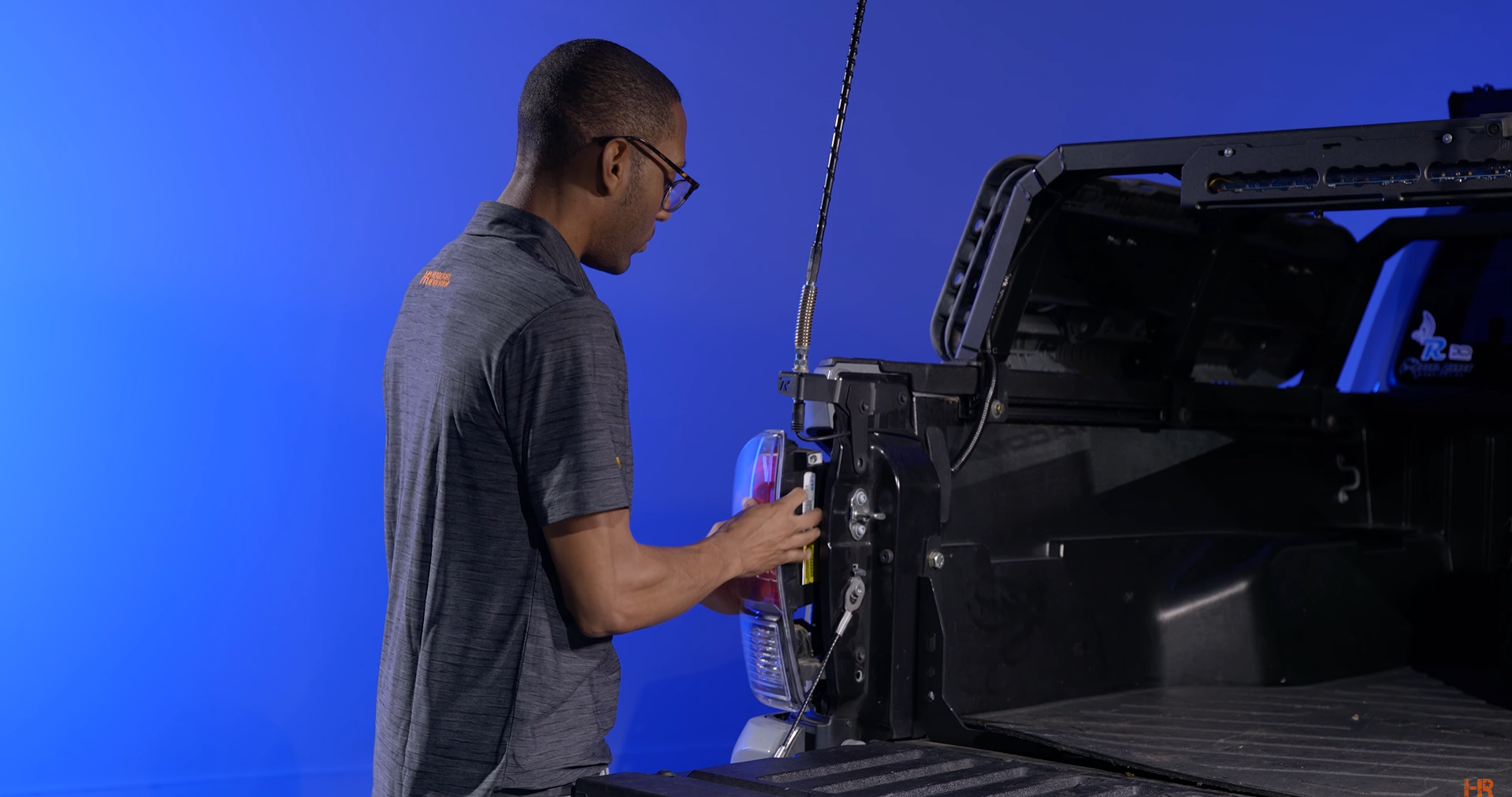 Take your XB LED taillight and plug in the three grey connectors you see. 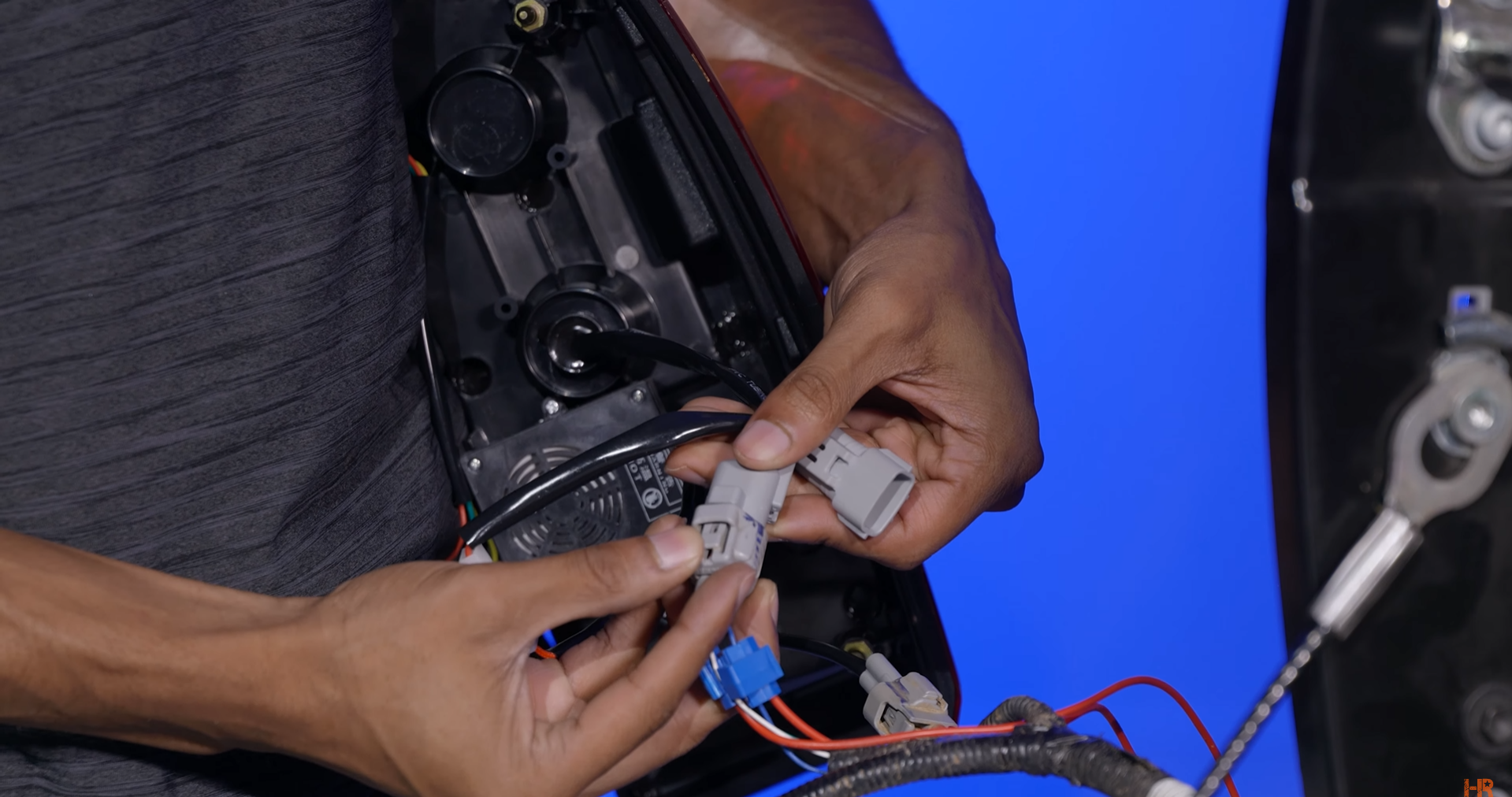 Once the connections are in, push your taillight back into position. Then screw in the bolts to finish your installation. 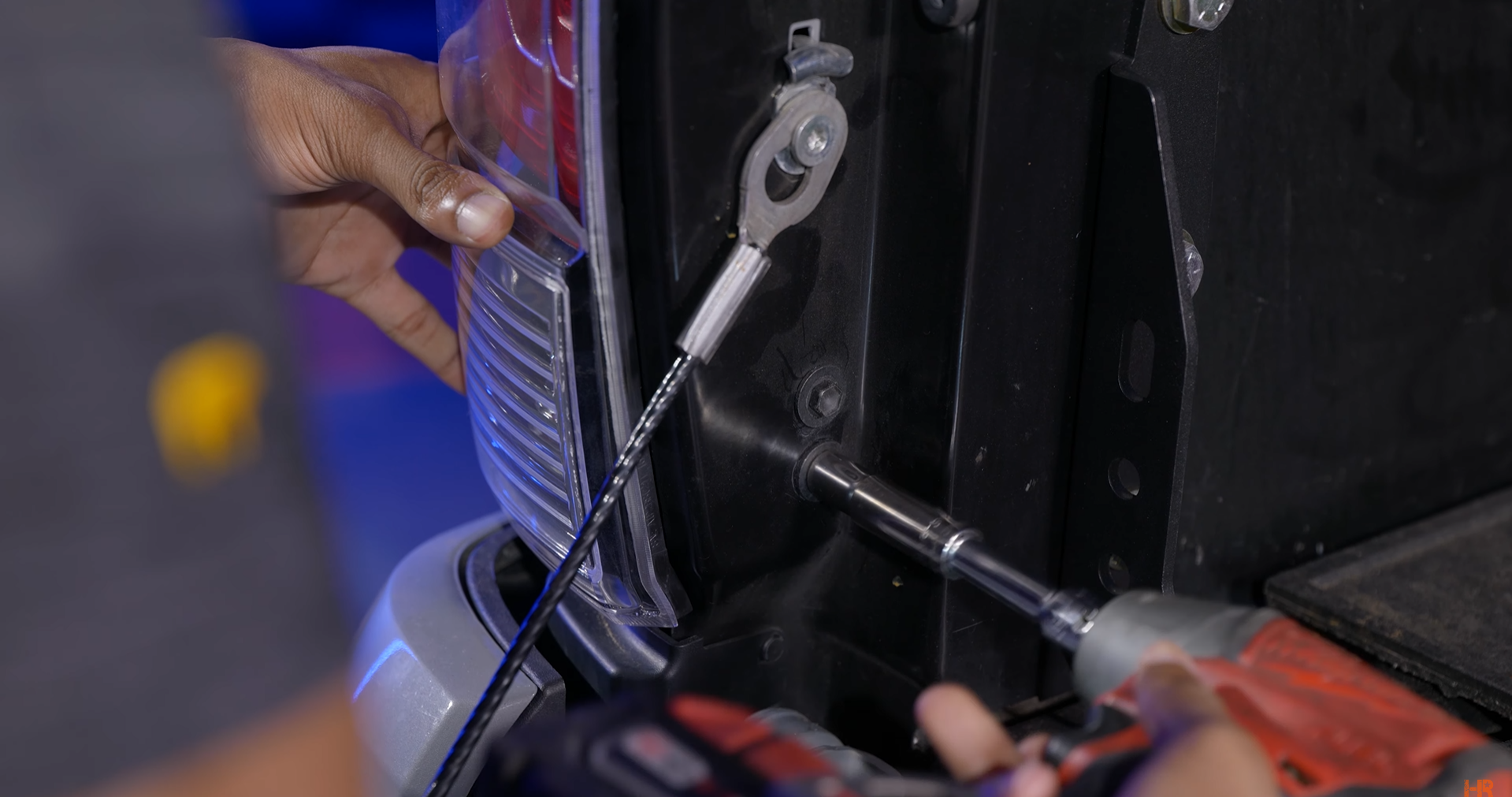 Repeat for both sides.

Be sure to run through all the taillights' functions to ensure they work properly.

We cannot get enough of Morimoto and their fully LED housings. If you are rolling around in a 2016+ Toyota Tundra, we cannot recommend picking up your own set. You have that OEM quality paired with phenomenal performance. Not to mention, these are backed by a 5-year warranty because Morimoto knows their product and stands by the quality.

If you are more of a visual learner or would like to see these lights in action. Check out our video below covering these Morimoto XB LED Taillights for the 2016+ Toyota Tundra and the installation process step-by-step. While you are there, do not forget to like and subscribe to our channel for the latest lighting upgrades for your vehicle.

Have any questions about any products we mentioned? Contact us today, and our customer support team will be happy to help.

With everyone from your uncle to the rental lot 3 miles from your house owning a Mustang, it can be hard to stand out in the crowd. Thankfully, Morimoto has you covered with their XB LED Tails (as of 1/10/21 these lights are discontinued) inspired by the 2017 Ford GT taillights. 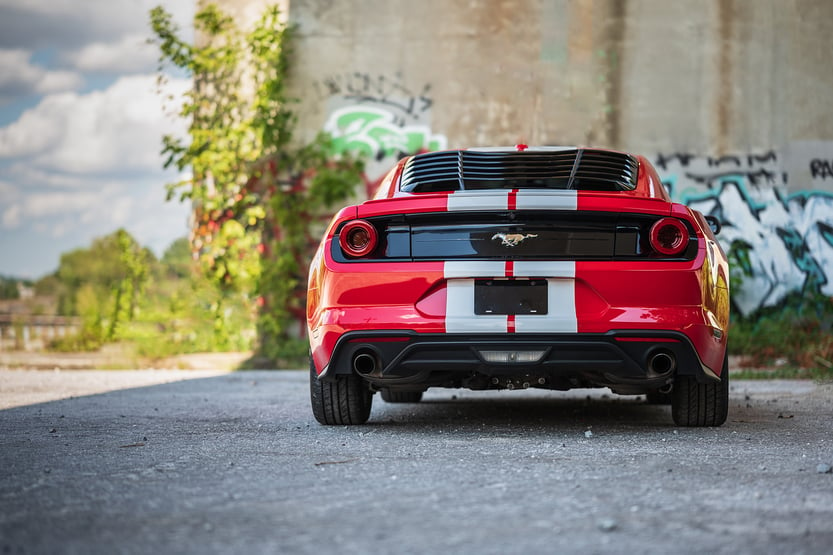 The classic tri-light design on the stock taillights looks great as is. We believe they are a perfect blend of classic styling with a modern twist. Unfortunately, they can become lost in the crowd and are not very bright. Today we will look at how to install the Morimoto XB LED Tails on your 2015-2021 Mustang S550 and show you all their improvements over stock in terms of output and build quality. 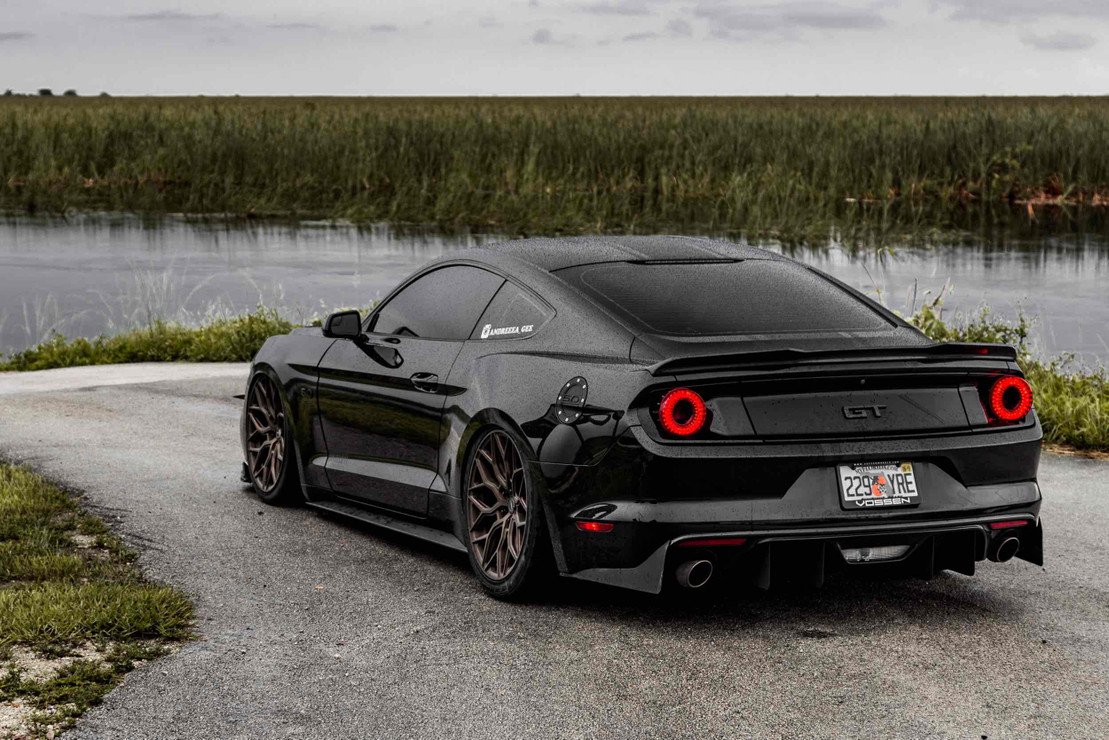 We have done a fair amount with the Ford Mustang S550 (2015-2022). We have walked you through upgrading the interior lights, headlights, reverse light, and even the side markers. We have also told you all about the Ford GT-style Morimoto XB Taillights that caused some serious discussion over their appearance. 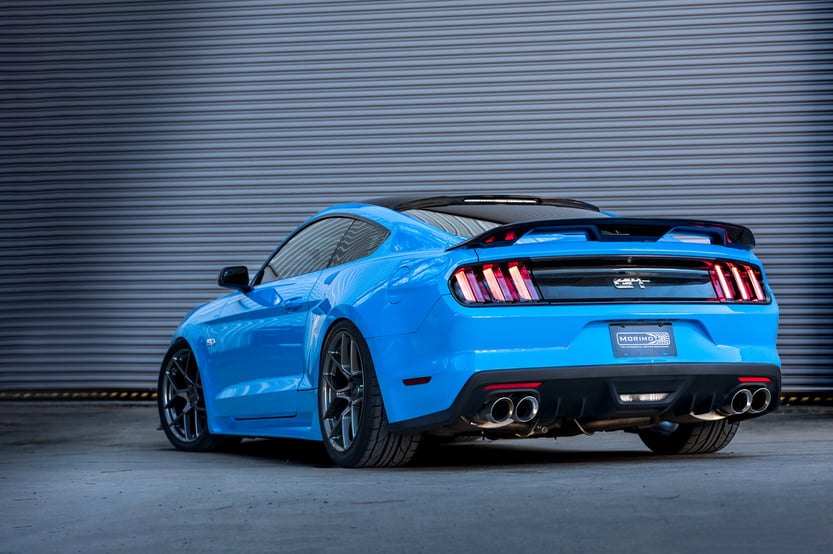 Morimoto must have been listening because they have just launched these Tri-Bar XB LED Taillights that are in keeping with the OEM taillight style. We enjoyed the unique design of the XB LED Tails and how it made the Mustang more unique. With these new taillights, the return to form is done with expertise and craftsmanship to prove their worth over plain old OEM parts. 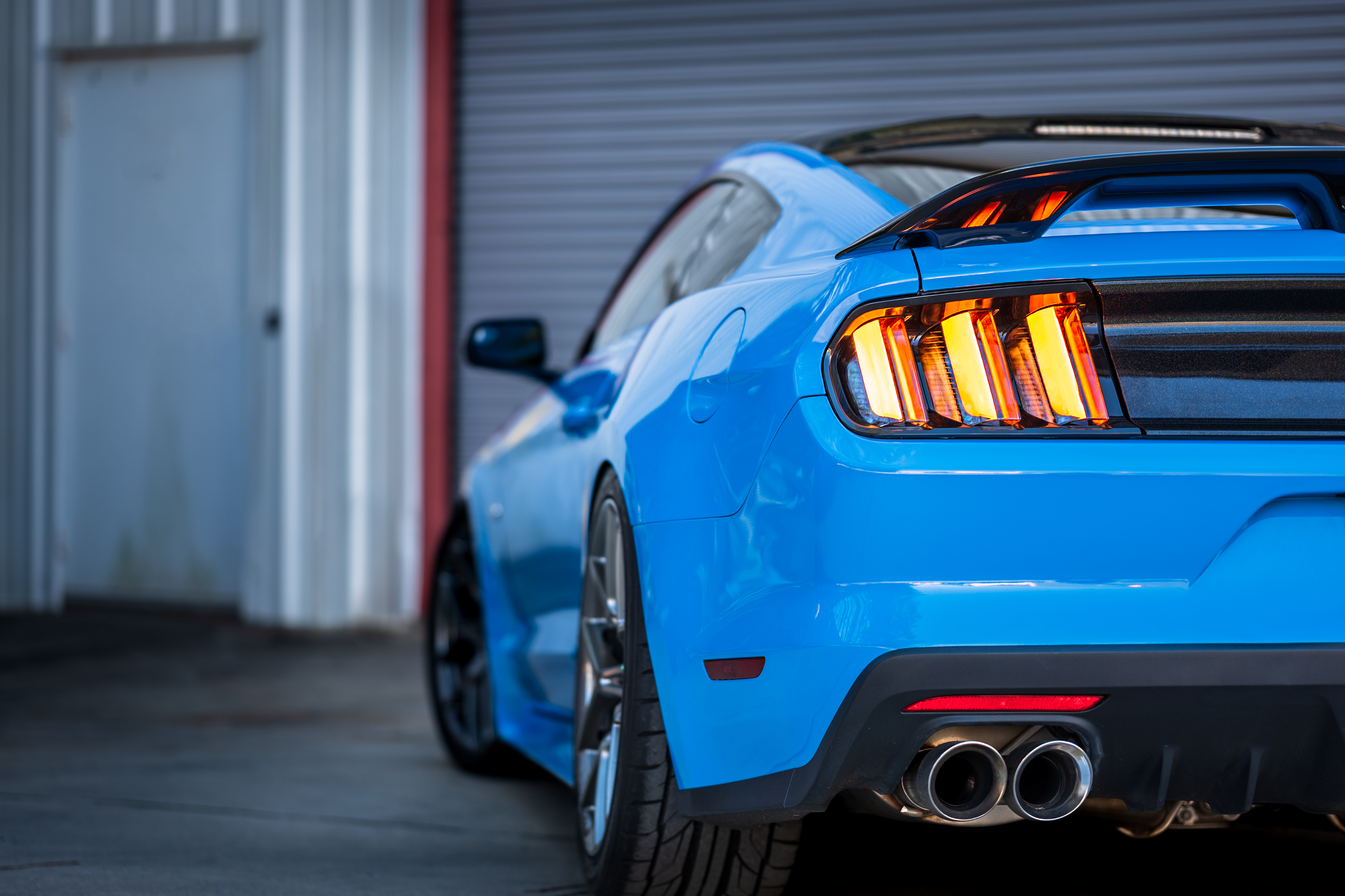 Already loaded with aftermarket options, the Toyota Tundra is a truck that is endlessly customizable. The aftermarket support has been truly insane over the last few years. That being said, the market for taillights on the 2014+ Toyota Tundra has been lacking. Well, not anymore with Morimoto’s newest XB LED Taillights. 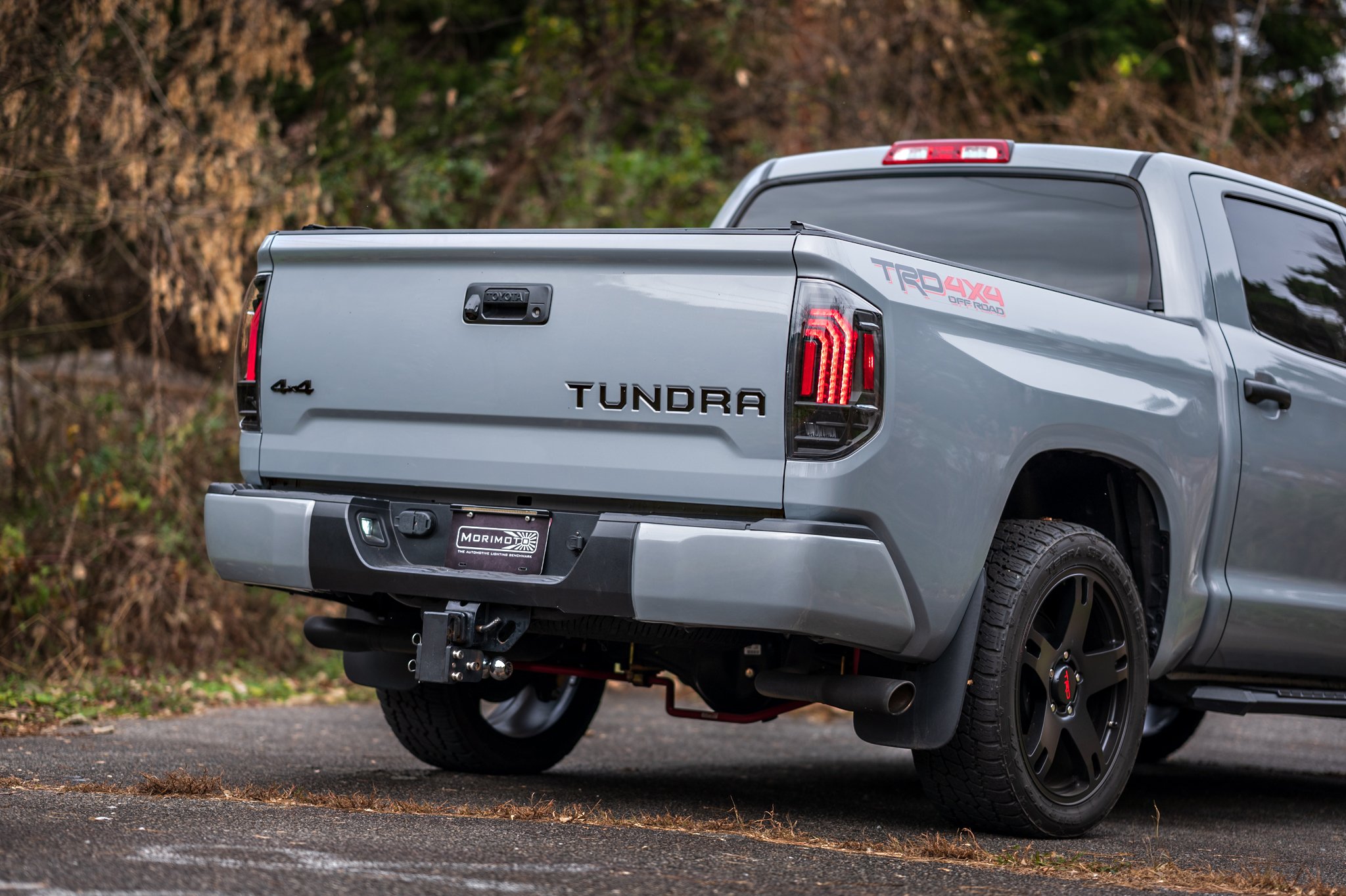 Built with the inspiration of the more modern OEM taillights from Toyota / Lexus, these look at home on the rear-end of the third-gen Tundra. As with all of Morimoto’s taillight offerings, these come equipped with a measure of goodies such as sequential turn signals and a UV-coated body to resist sun wear. 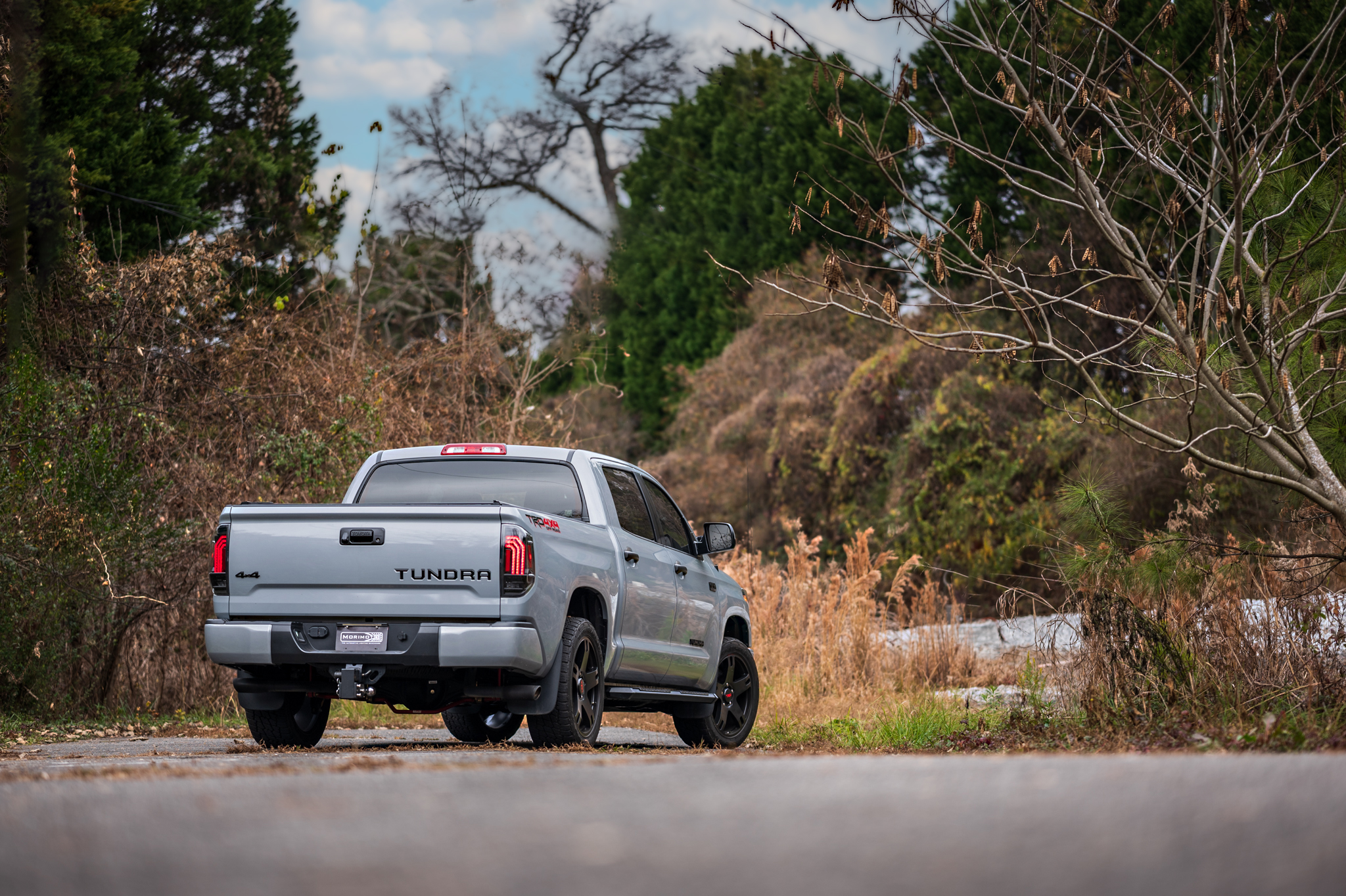