Among the top 10 best-selling cars for the last few years, the 10th Generation Honda Civic is no slouch. Reliability, comfort, and price are all contributing factors that make this car so iconic. With great popularity, comes great homogeneity. If you are looking to set your Civic apart from the rest while also increasing your forward lighting performance, look no further than Morimoto’s XB LED headlights for the 2016 to 2021 Civic. 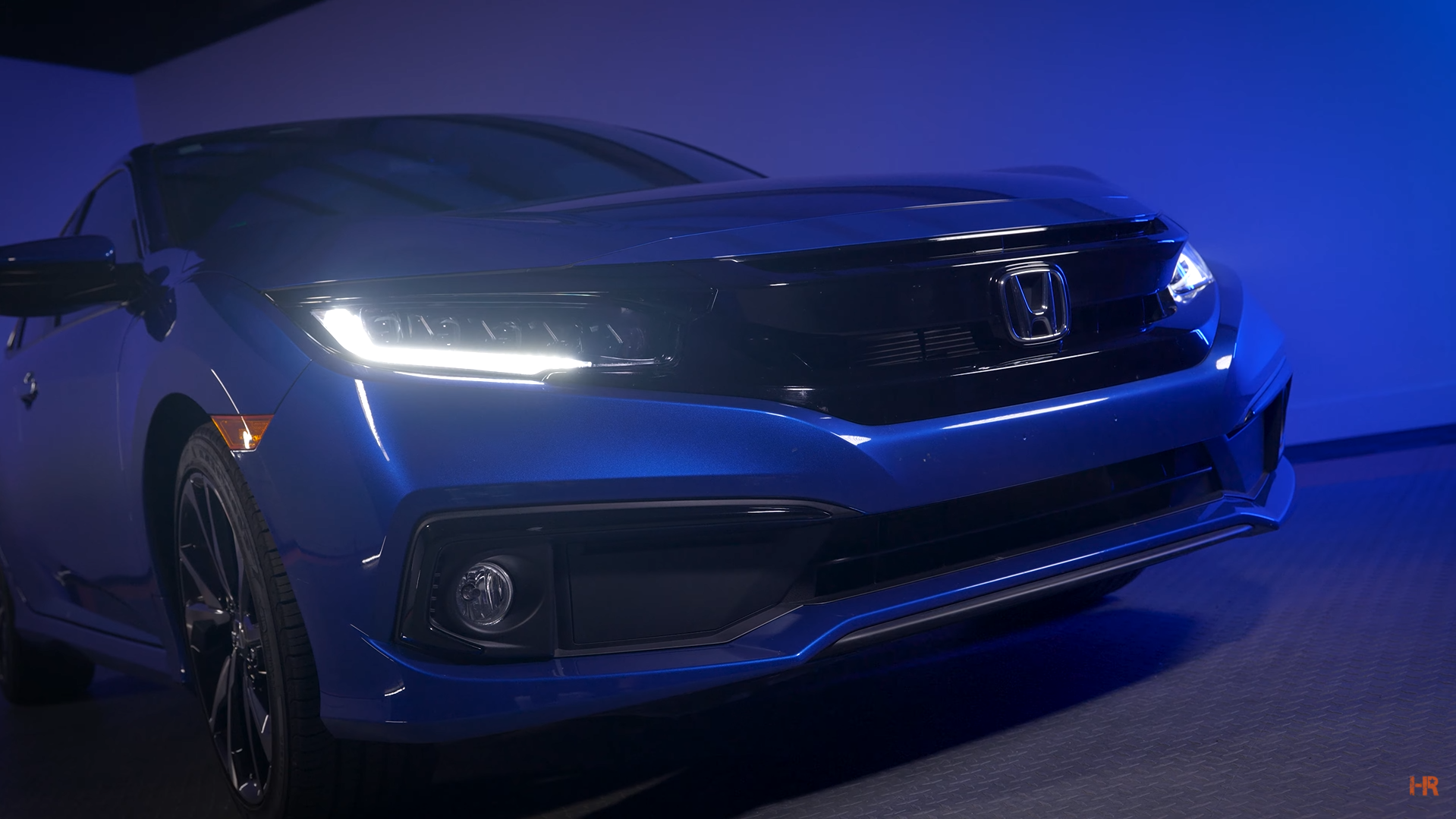 From stock, the Civic came equipped with either the base model’s halogen reflector headlights or the premium LED reflector headlights. Either way, the XB LEDs outshine both when it comes to output and beam pattern performance. As standard, everything comes in the box to work on either model and is entirely plug-and-play.

Morimoto’s XB LED lineup is a tried-and-true example of top-tier headlights. You would be hard-pressed to find such a range of lights that cover trucks, SUVs, supercars, sports cars, and more recently, classic cars too. Their addition of the Honda Civic is a great start on expanding the lighting performance often allotted to much bigger vehicles.

As standard, these XBs come equipped with their UV-coated polycarbonate lens that will resist the test of time, ensuring your Civic's new XB LED headlights will look good as new for many years to come. They also feature a PPS plastic housing that is lightweight and stronger than comparable alternatives. A diecast aluminum heat-sink inside the housings provides more than require cooling for the OEM grade Osram LED chips.

Speaking of the power source, these lights utilize five, built-in LED projectors. The three exterior projectors act as the low beam and the two interior projects are the high beams. Those projectors are in the ‘jewel-eye’ design that many love for its unique and luxurious appearance. 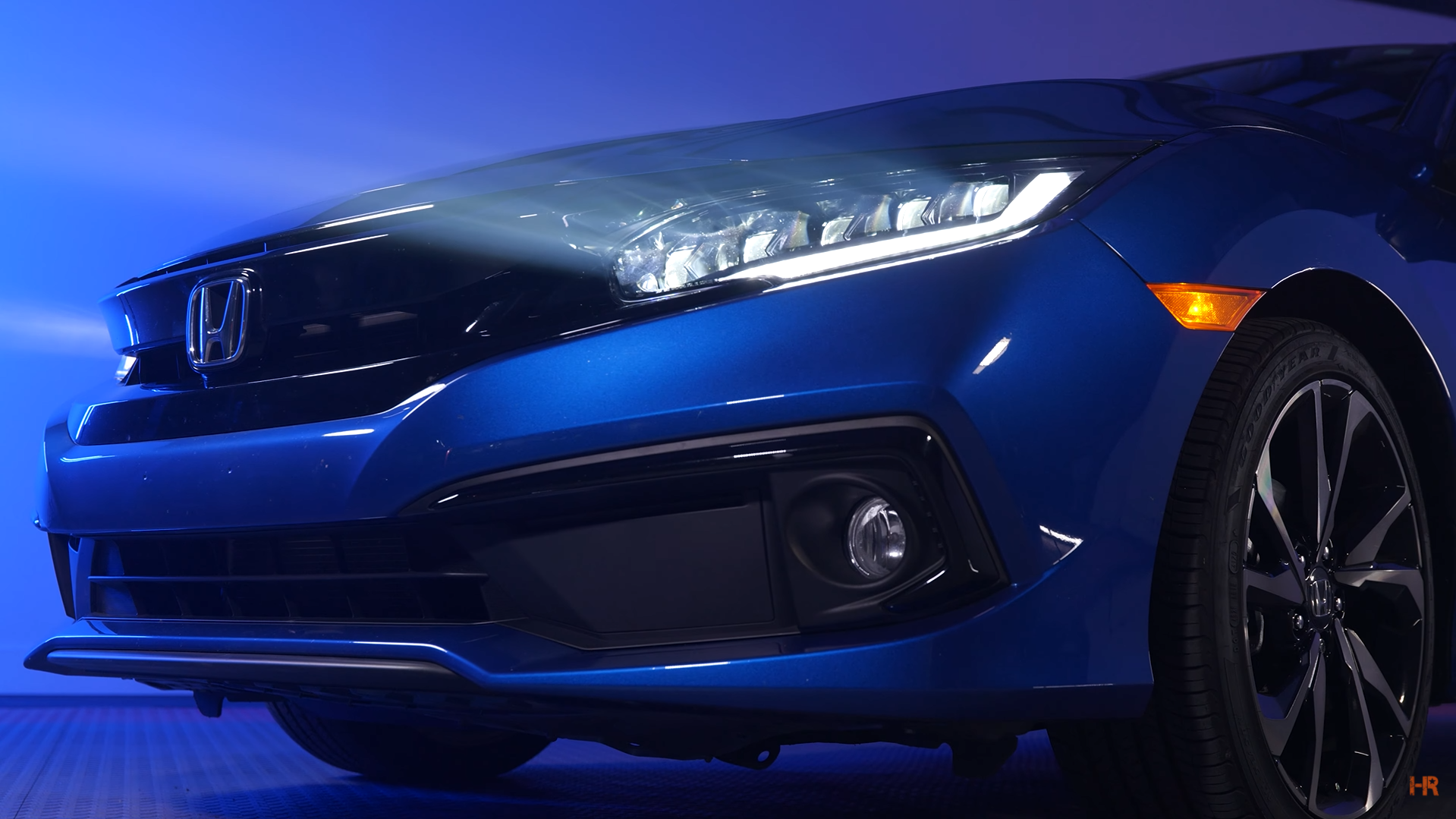 Another big draw to the aesthetics of this light is the LED strip that is used as a DRL and turn signal. Morimoto typically always includes a DRL strip like this in their XB lineup, so it is no surprise that they have carried that design language over to this new model. And because the factory headlights use their own DRL, you can easily plug in your Morimoto headlights to the factory connectors. 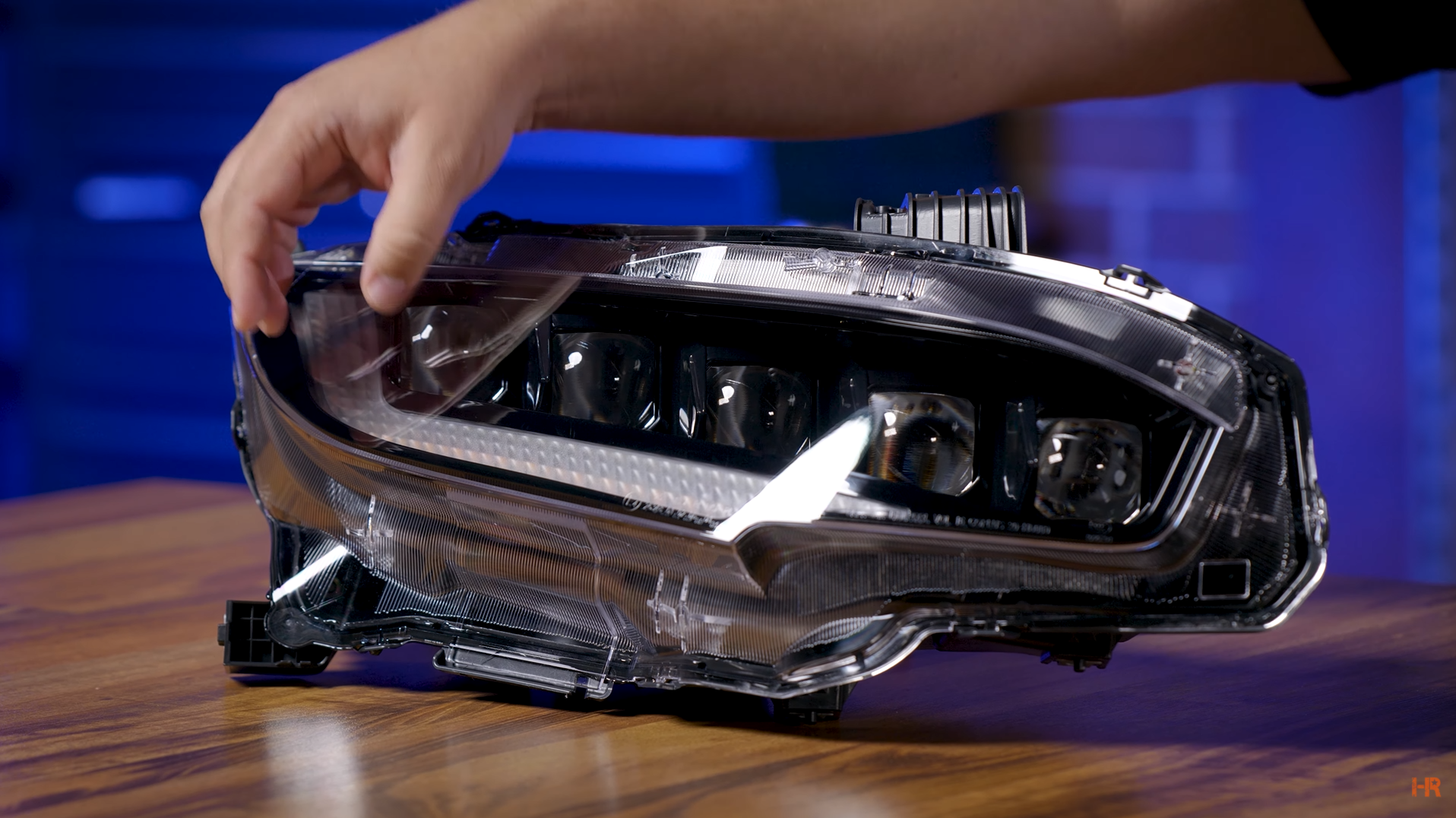 Before getting into the install, we want to talk about the wiring harness that comes with the XBs. Depending on which headlight you have, you may need to use an adapter harness.

If you have the OEM LED reflector headlights, you need not worry. The Morimoto XB LEDs will plug right into the corresponding stock connectors on your Honda Civic headlights. There will only be the standard three-point connector and the parking light connector that you will need to connect. 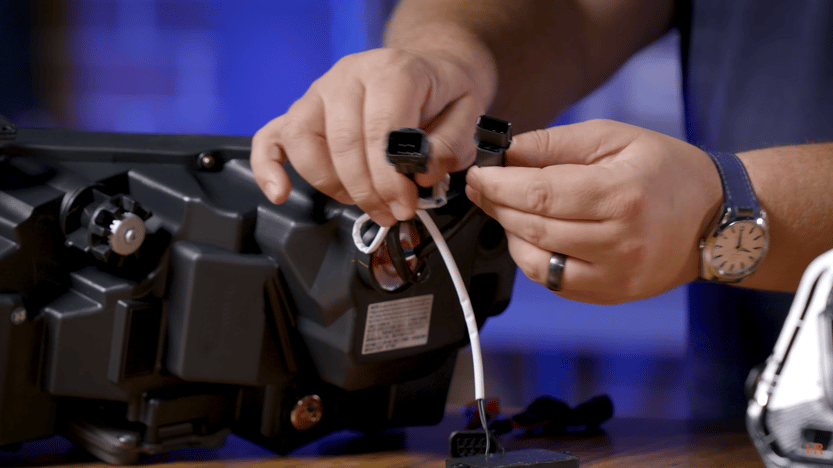 If you have the OEM halogen headlights, you will also need the adapter harness. The three-point connector will go to the one on the XB LED. On the other end, there will be a connector for the low beam, high beam, and turn signal connector. 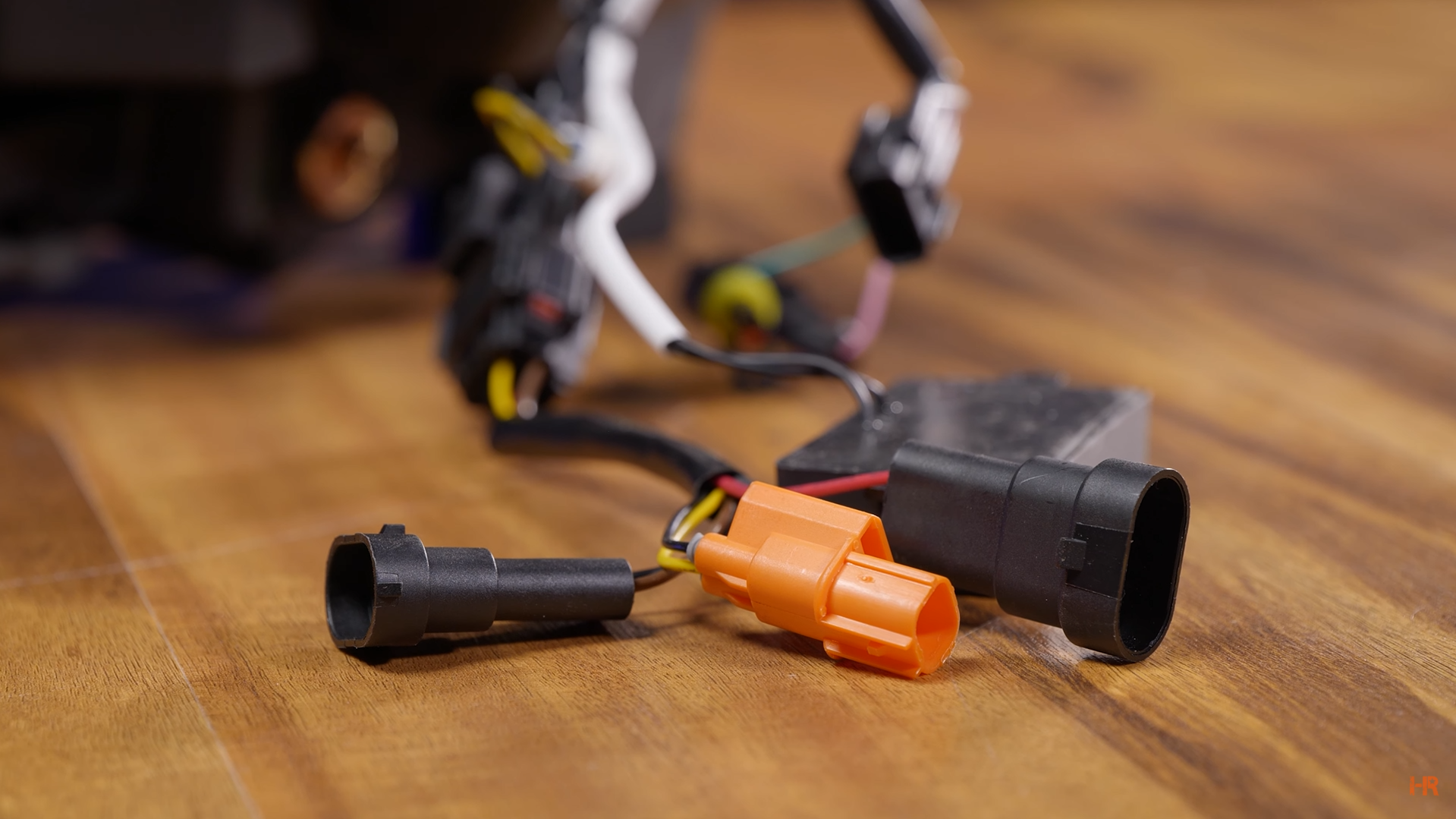 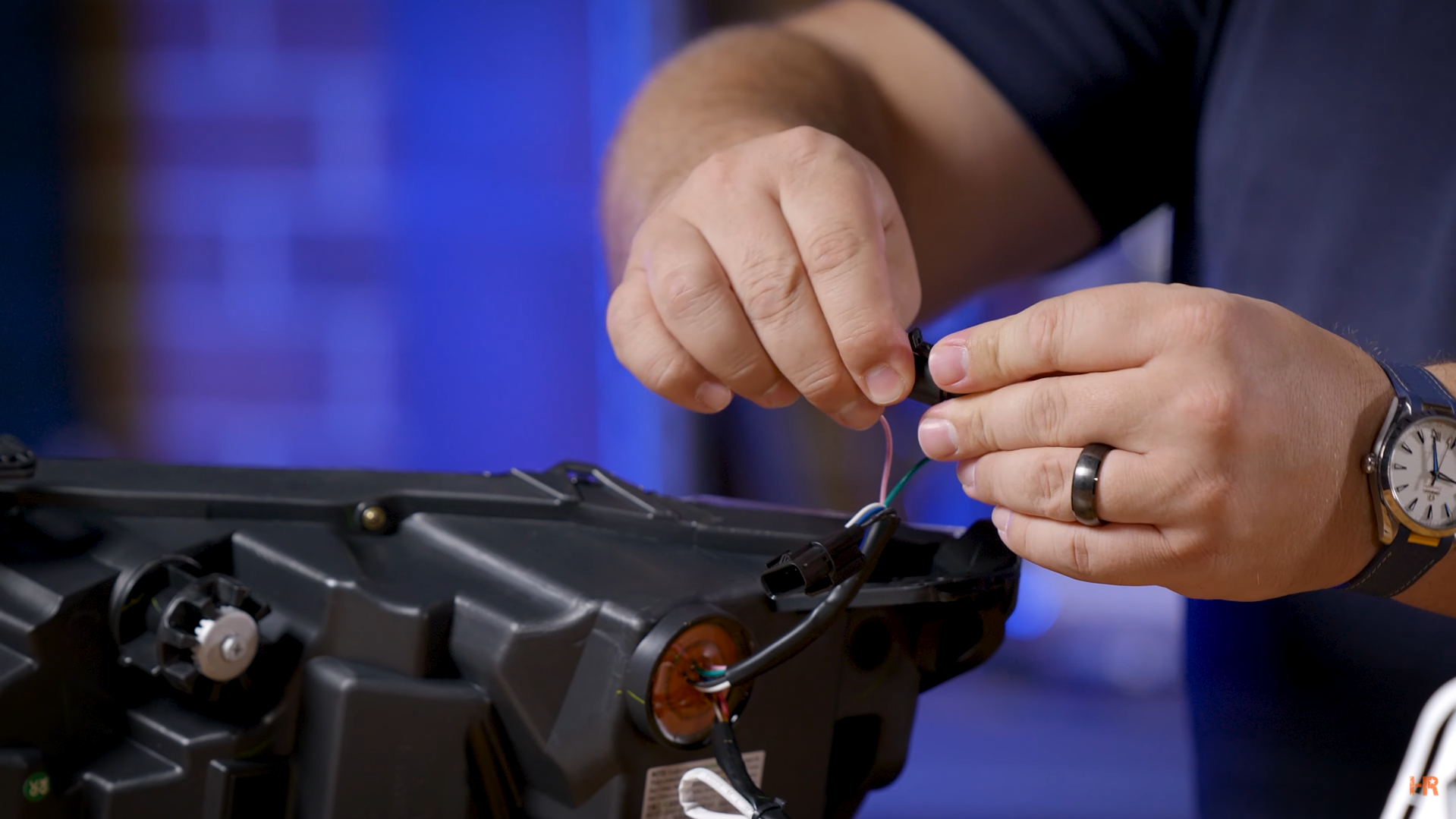 With all our performance tests, we have a set standard. First, we pull our car into the garage and park it perpendicular to the wall at 25 feet. To gauge the brightness of the light, we run a digital Lux meter across the beam pattern in search of the brightest point. This is not 100 percent accurate to real-world performance, but it will give you a good idea of how bright these headlights are.

The stock headlights come in at 180 max. Lux on low beam. This is decent, but when compared to the XB LED’s 590 max. Lux, it hardly compares. That is 220 percent brighter than stock. You also get a wider and sharper beam pattern with consistent intensity across its spread.

When we turned on the stock high beams, we noticed that they were not even as bright as the Morimoto XB LED’s low beam, coming in at 480 max. Lux. That being said, the XBs were rated at 2220 max. Lux. A 358 percent increase in light output. 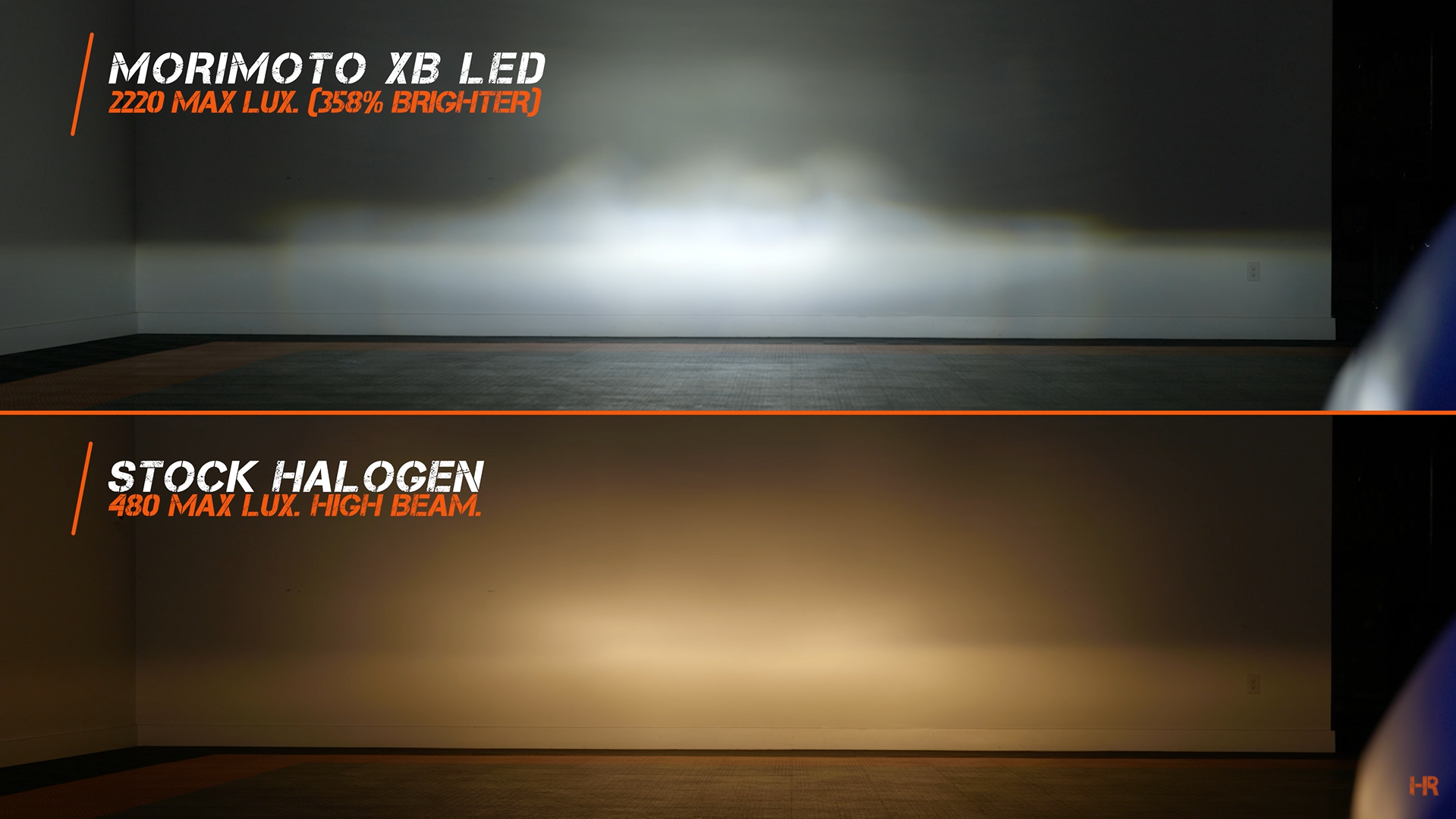 To begin, open the hood and locate the 19 clips dotted along the front edge of your engine bay. Depending on the age of your car, these clips may be a little difficult to remove. Take your time. 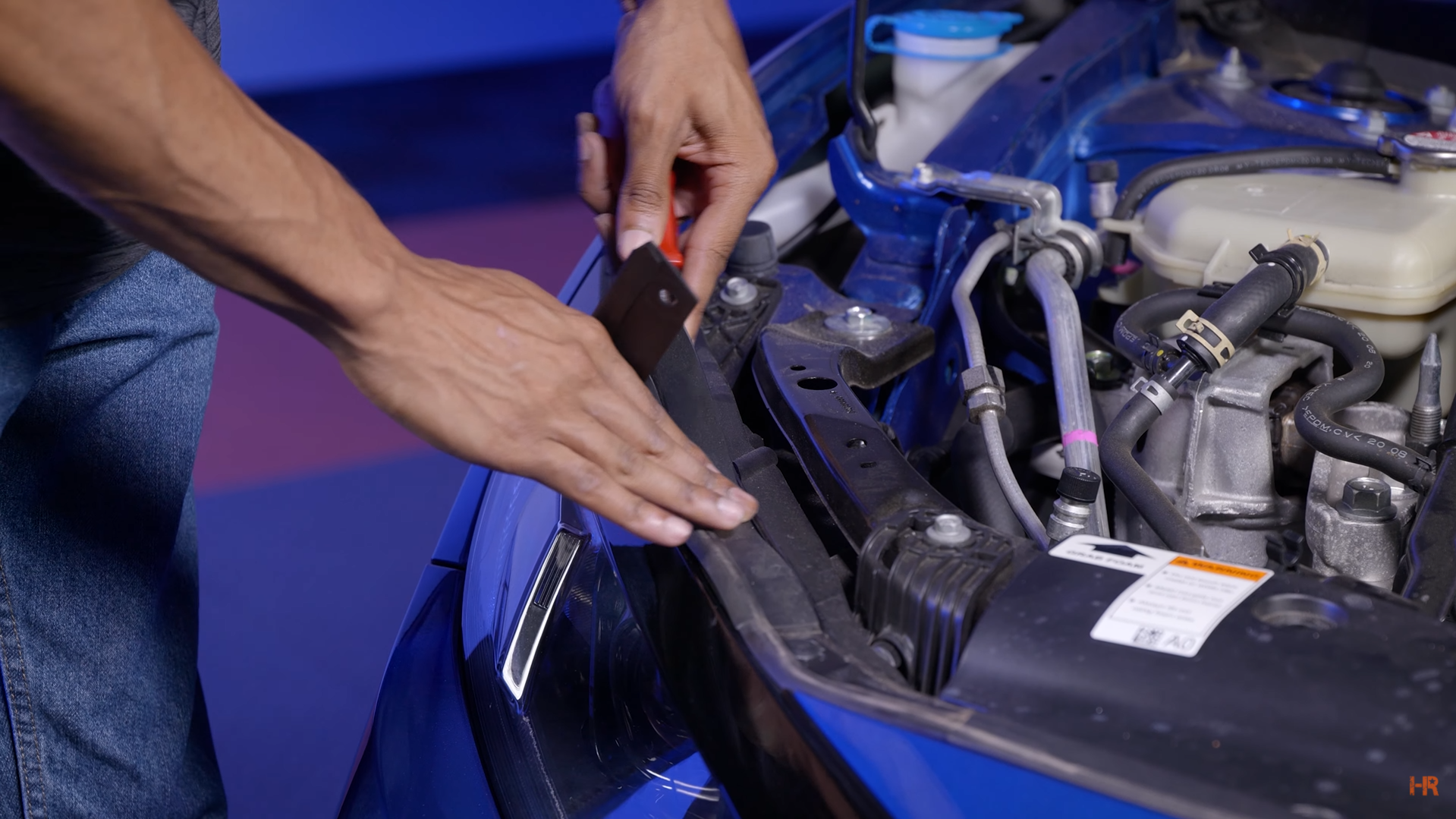 Go to the underside of the vehicle, there are seven clips and four bolts on the second row of the bumper. Two of the bolts are 10mm and the other two are Allen screws. This will help free the front bumper so that it can be removed in a few more steps. 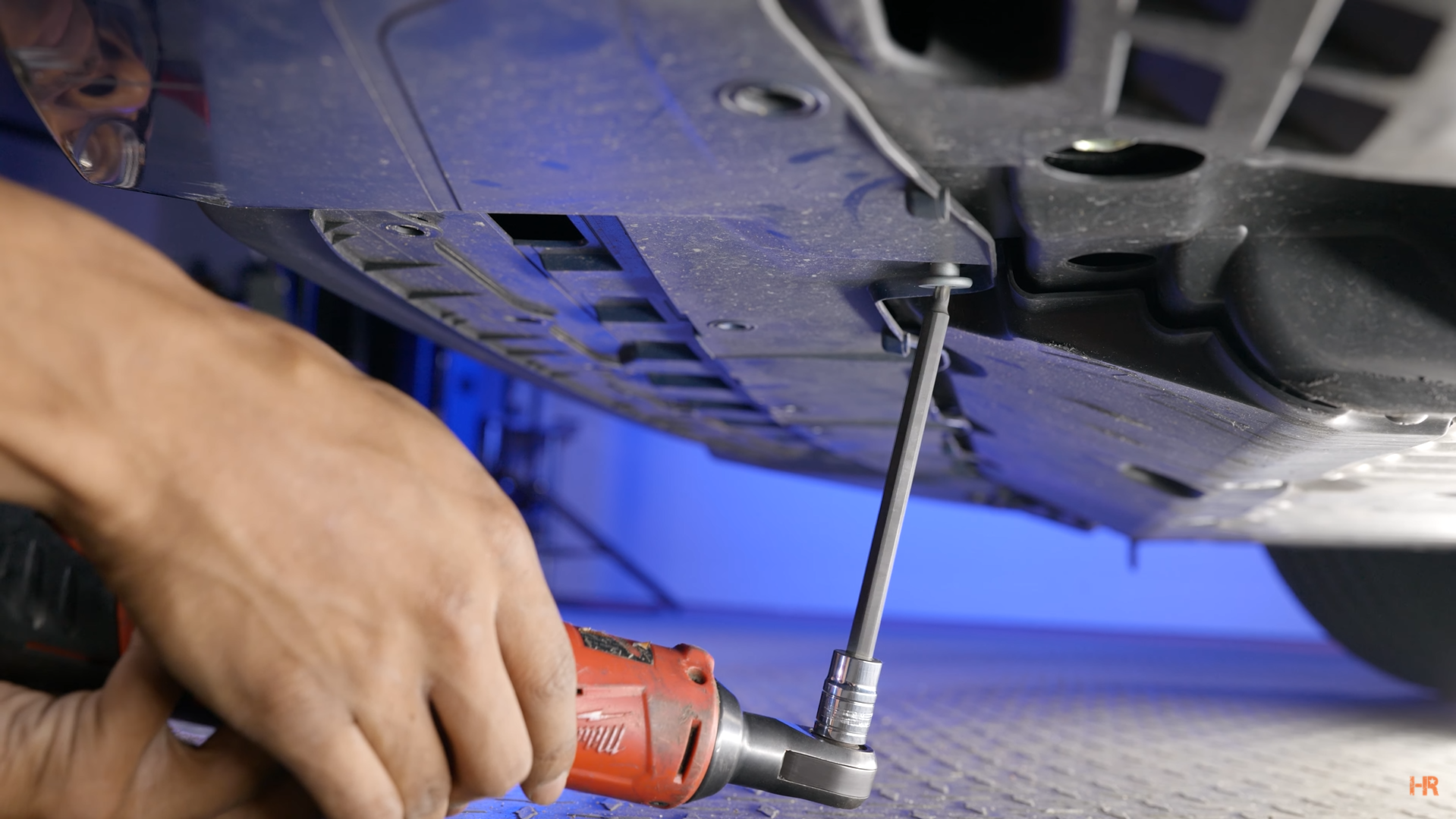 Remove two screws from the fender liner. Once the screws are removed, take a pry tool and peel the bumper back from under the side marker.

Repeat the same steps for the other side. 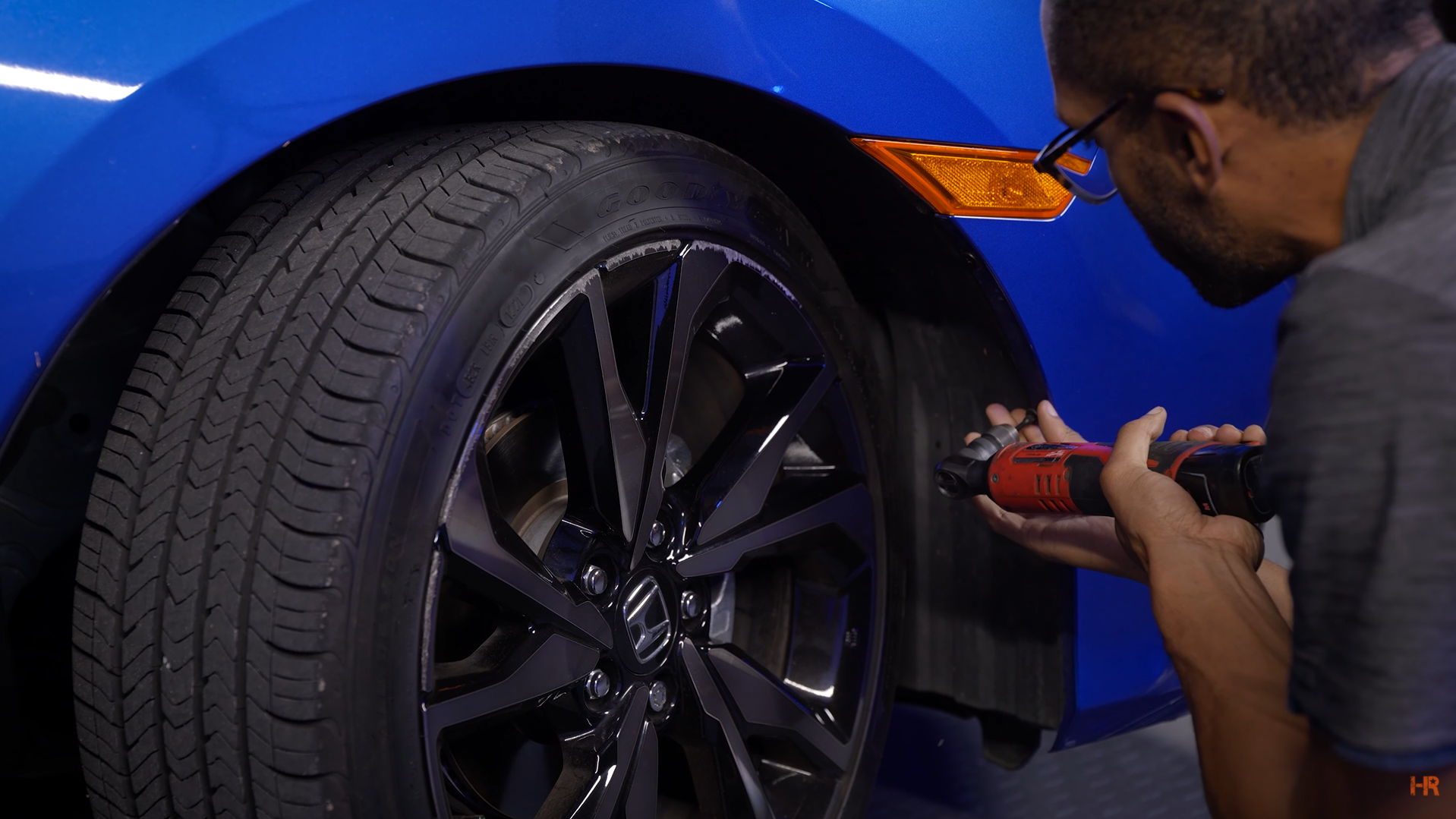 Next, you will remove the trim piece that lines the tops of the headlights. Use a pry tool and pull gently. Repeat for both sides. 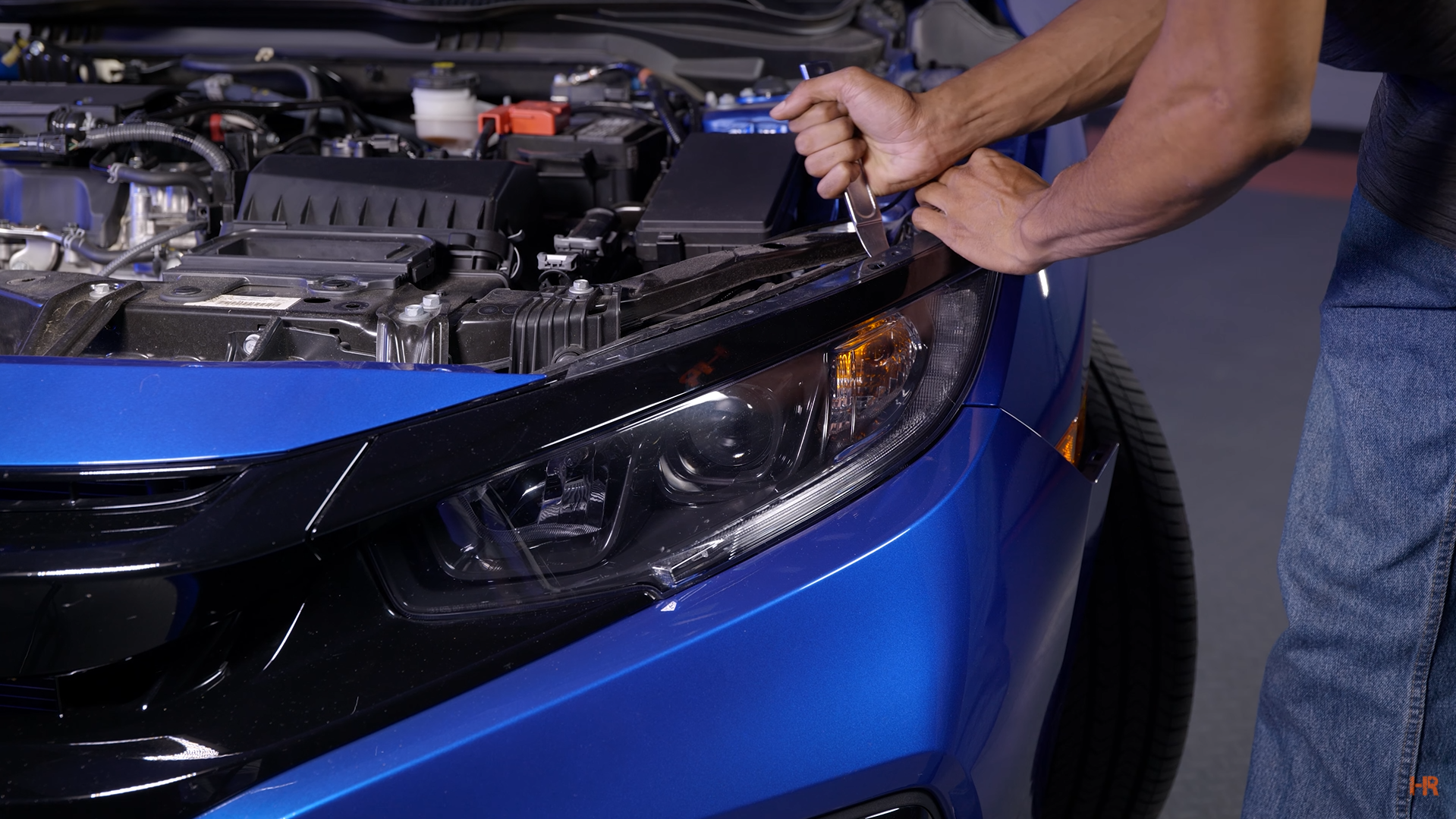 Loosen up the bumper and disconnect the fog lights if you have any before removing the bumper fully. 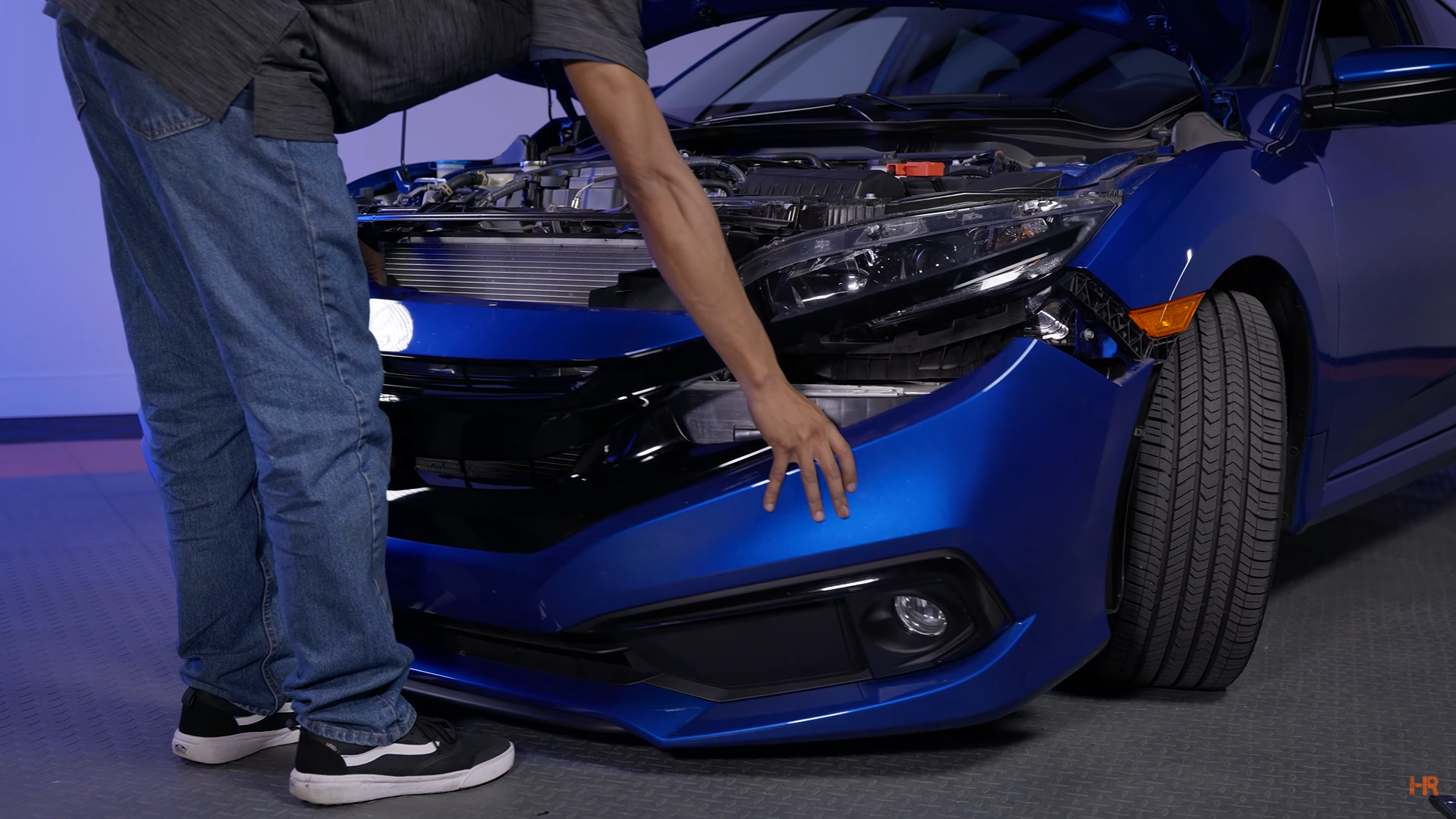 You can now begin removing the headlight. You will need to unscrew five 10mm bolts. Two are located on the top and three on the bottom. 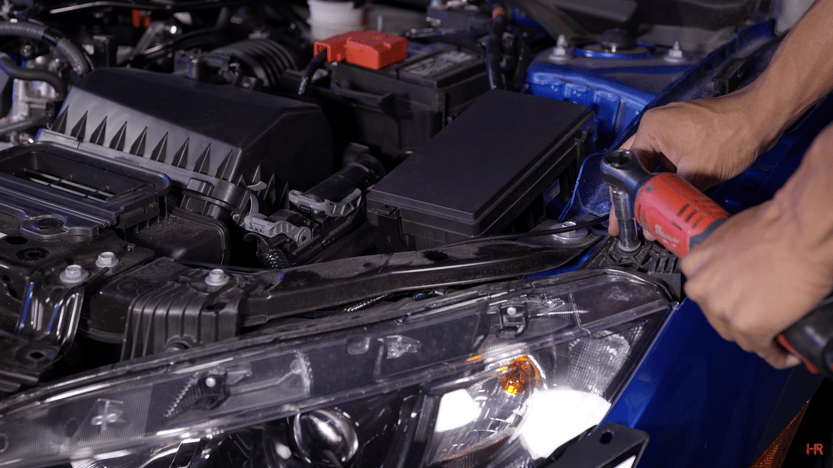 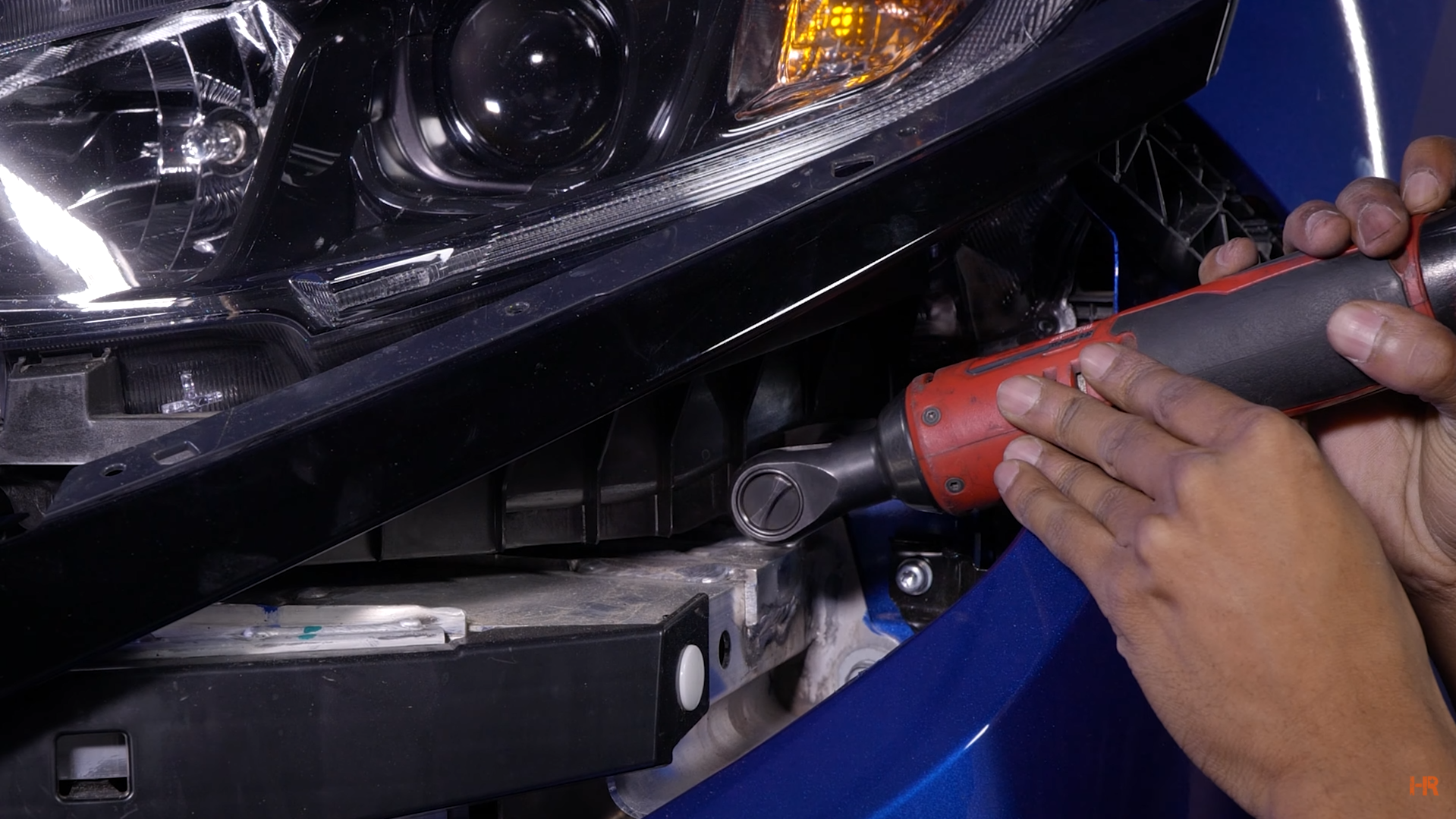 Before moving on to installing the Morimoto XBs you will need to remove a piece of bracketry from the stock housing. To do so, unscrew the two 10mm bolts. There are also two brackets at the top of the OEM headlight that can be removed with a Phillips screwdriver. Reinstall the brackets on the XB housing. 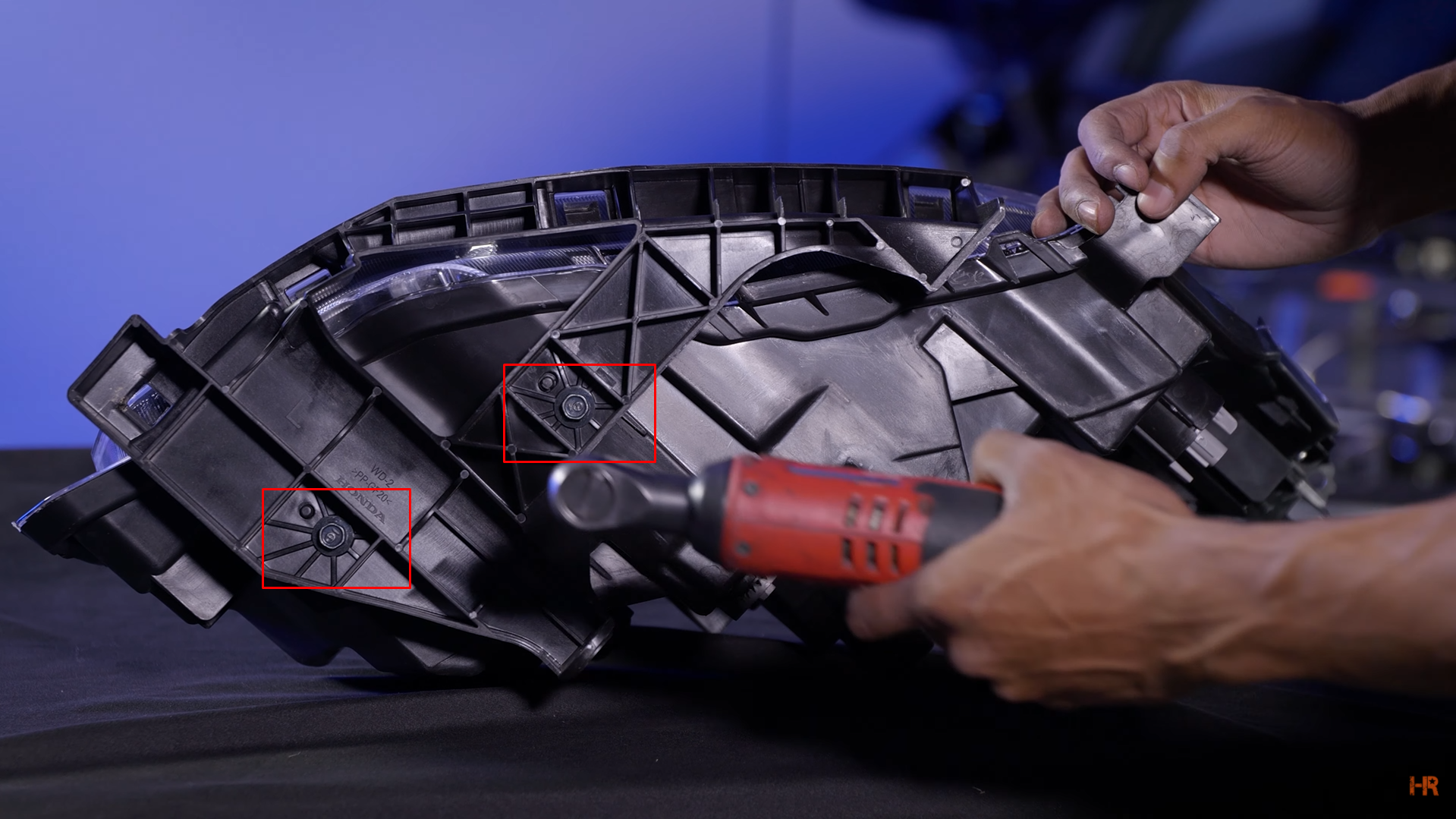 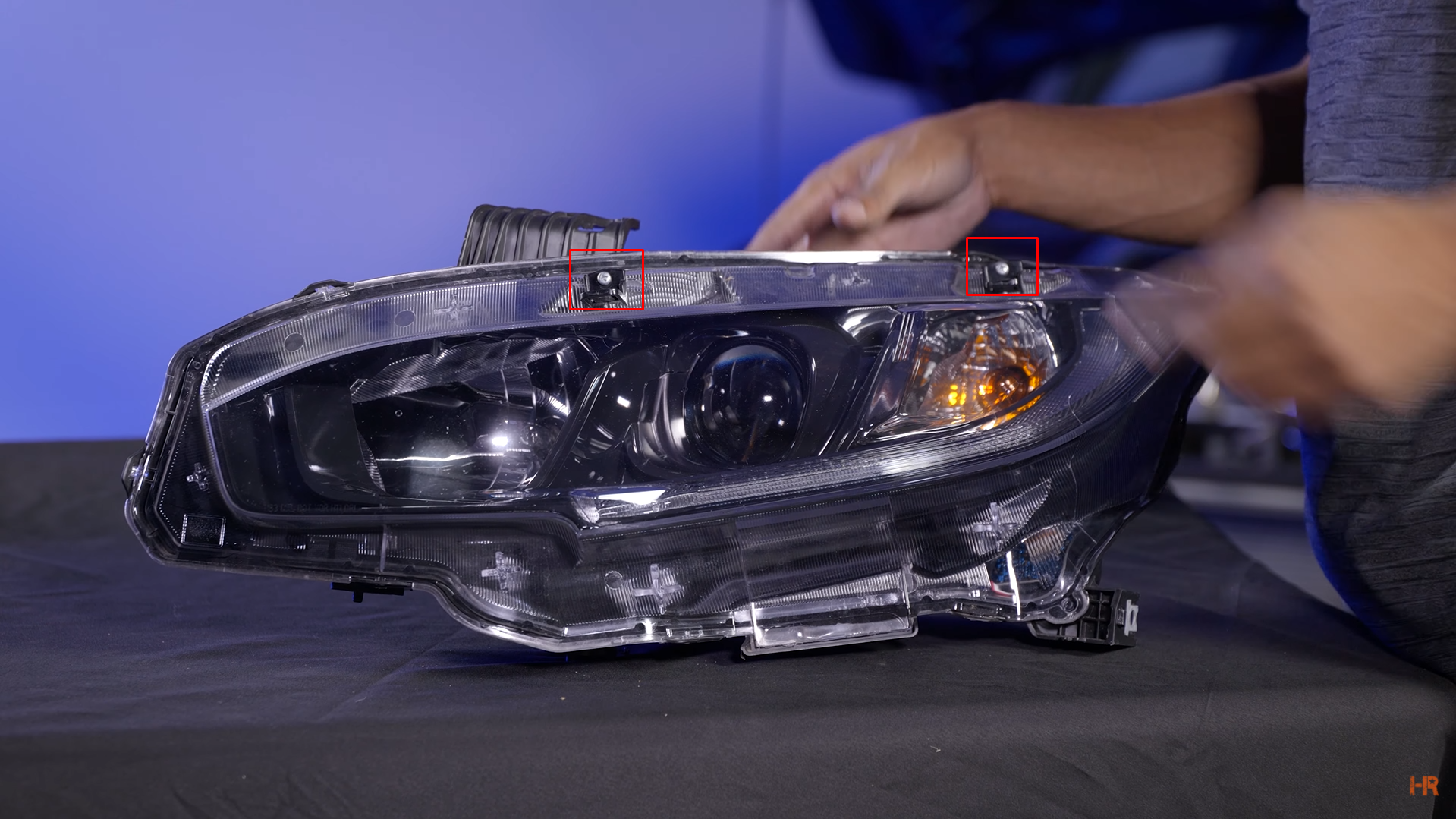 Before reinstalling the new headlight, be sure to place the resistor in a safe, dry spot where it cannot get wet. Plug in the XBs connectors to their corresponding factory connectors. Now you should choose to use the sequential or blinker turn signal by plugging or unplugging the single-wire connector.

Be sure to run through all your headlight’s functions before putting your front end back together. 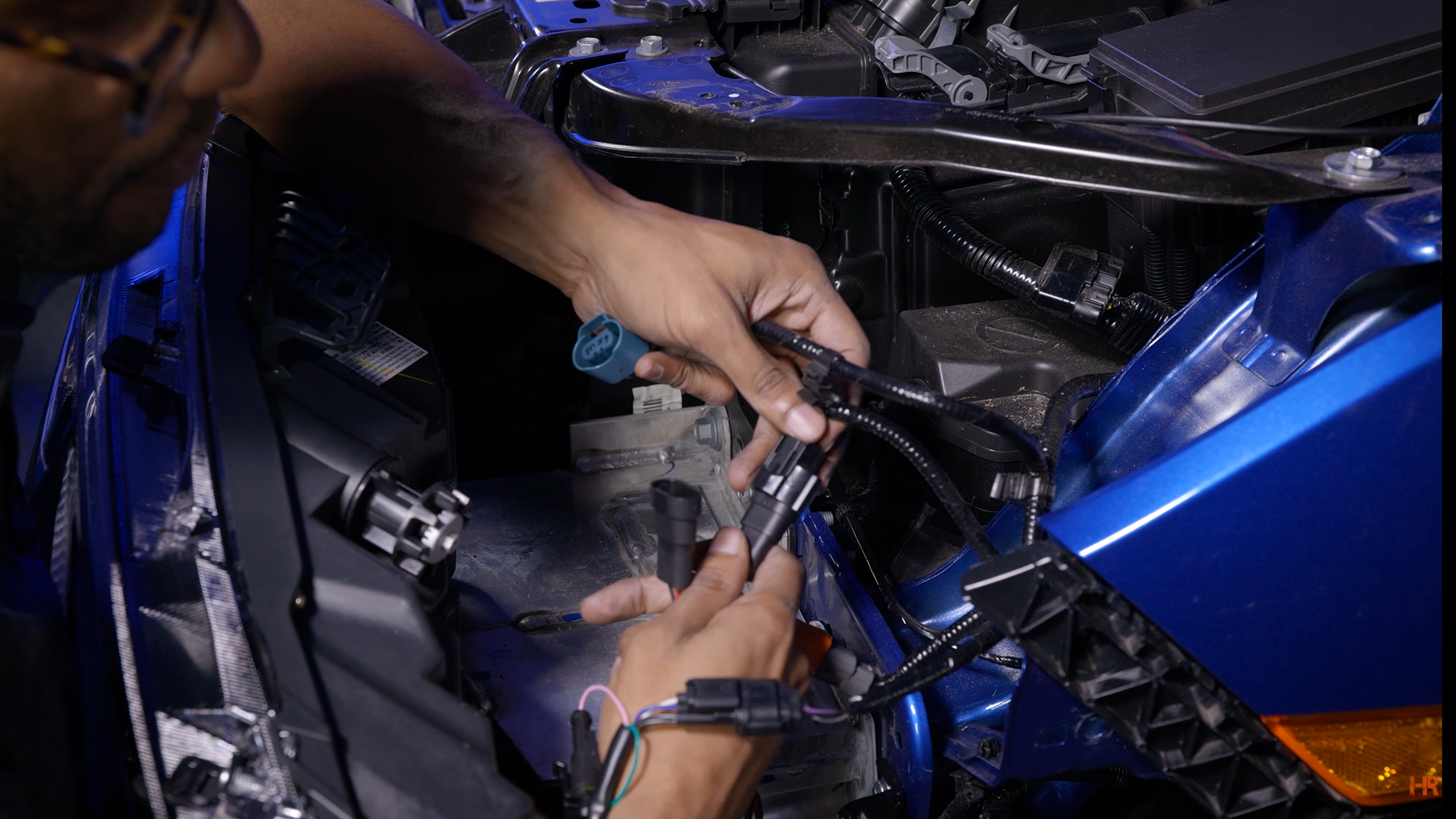 You are all set to hit the road with your Morimoto XB LEDs for the 10th gen Honda Civic. These really up the styling of the Civic and the performance speaks for itself. You can pick up your own set here! 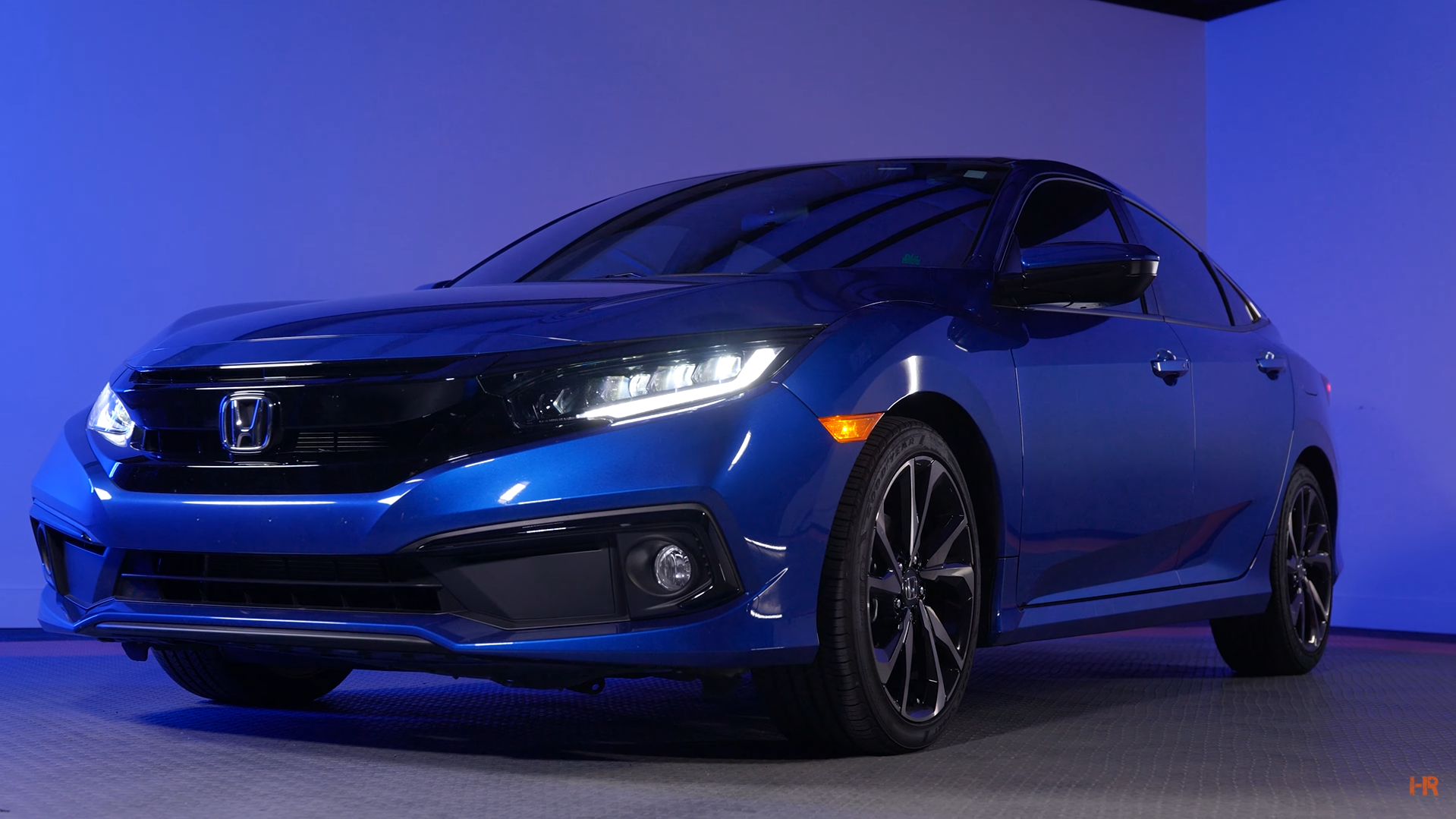 If you are more of a visual learner, be sure to check out our video on the Morimoto XB LEDs for the Civic. While you are there, make sure to like and subscribe to our channel for the latest lighting upgrades for your vehicle.