Tech Tips: What is a Sealed Beam Headlight?

For 42 years, sealed beam headlights were the only headlights allowed on new vehicles. Currently, auto manufactures produce units that are entirely unique to their specific model. Meaning that Nissan will make a different style headlight for each of their car models. If yours goes out or breaks, you simply replace the bulb or the housing entirely.

WHAT ARE SEALED BEAMS?

Designed to be easily replaceable, the sealed beam headlight is made almost entirely out of glass. The headlight was the bulb, meaning that if it were to break or go out, you would need to make a trip to your local auto parts dealer or the dealership to purchase a new set.

And getting them replaced was really convenient as your car likely took one of the following sizes: 6-inch or 7-inch round, 4x6-inch, or a 5x7 inch. From 1940-1956, all cars sold in the United States had to use a 7-inch round lamp, making it super easy to get a replacement. 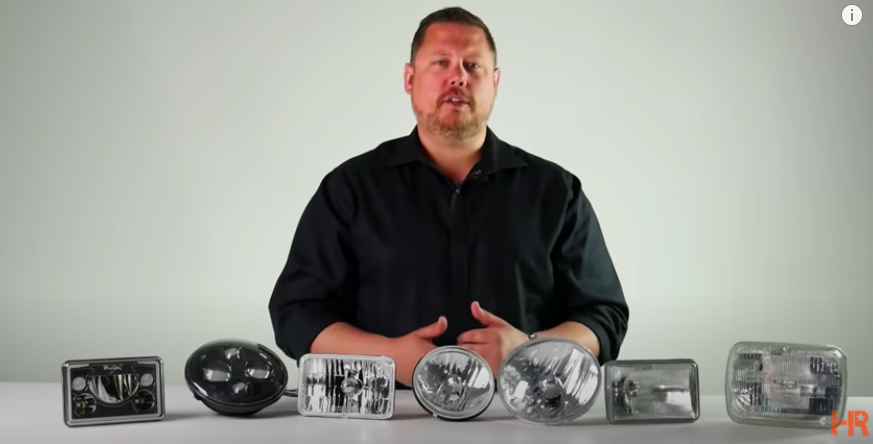 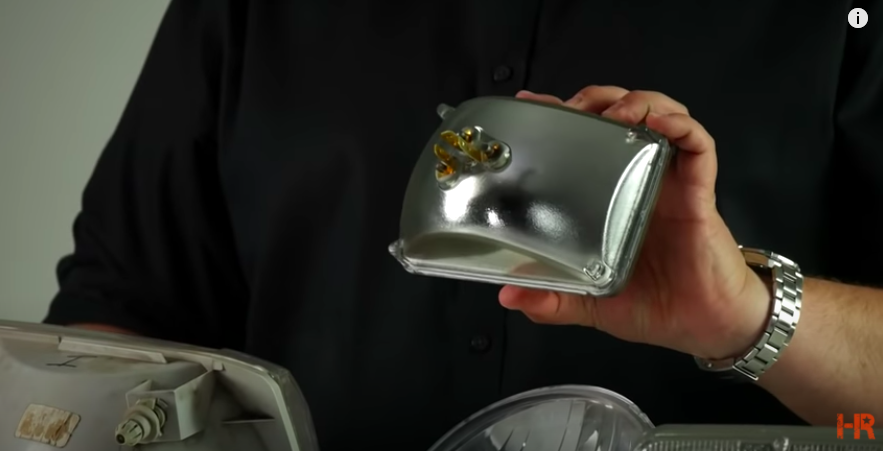 These three connectors applied to the headlight’s function. One for a low beam, and two for the high beam. Unfortunately, these sealed beam units were susceptible to moisture retention due to their shape and composition.

Originally introduced in 1940, the sealed beam headlight was designed to counter all the unique headlight lamps used by auto manufacturers prior. Early 20th century cars saw scare development of the headlight. Oftentimes, headlights would be prohibitively expensive due to their battery-operated nature. As a result, these lights were mostly for customers who could afford them and were not mass-produced.

By the 1910s, electric headlights began to ease their way into the market for the average car buyer. These were far safer than prior iterations, but they still had a way to go. While these were not catching on fire at the hint of rain, it was not until the 1930s that beam patterns began to take form after realizing how much they assisted drivers during the night.

Come the 1940s, in an effort to homogenize the auto industry’s use of headlights, the US government mandated that all cars had to use two 7-inch round lamps. Come the late 1950s, the government loosened the requirements to allow for four total units on a car. As a result, manufacturers like Cadillac and Mercury offered higher-trim models with four units instead of the typical two. 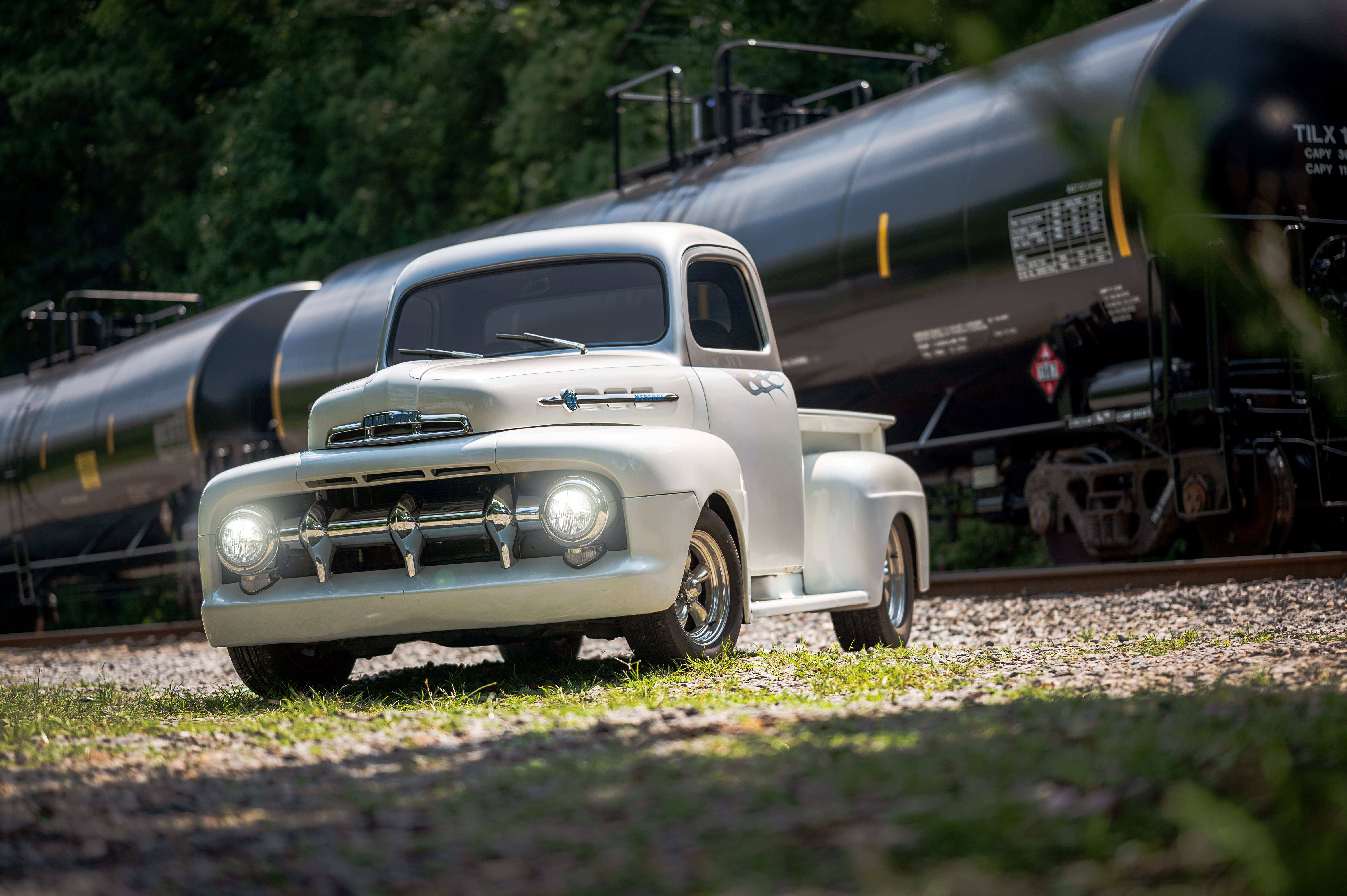 Additionally, these extra lamps were also able to act as a low and high beam separately instead of one unit acting as both the high and low beam. If your car had four headlights, it may have used the second pair as high beams.

Before headlights switched to being composite-based, meaning the bulbs were replaced instead of the whole assembly when they went out, the US government first permitted rectangular units. While still of the sealed-beam nature, this change was a huge shift for automotive design language from the early 1970s and onward.

Then comes the year 1984. The same year Sixteen Candles, A Nightmare on Elm Street, and Ghostbusters graced movie screens across America. Sealed beam headlights were no longer a requirement as per an amendment to the Federal Motor Vehicle Safety Standard 108. 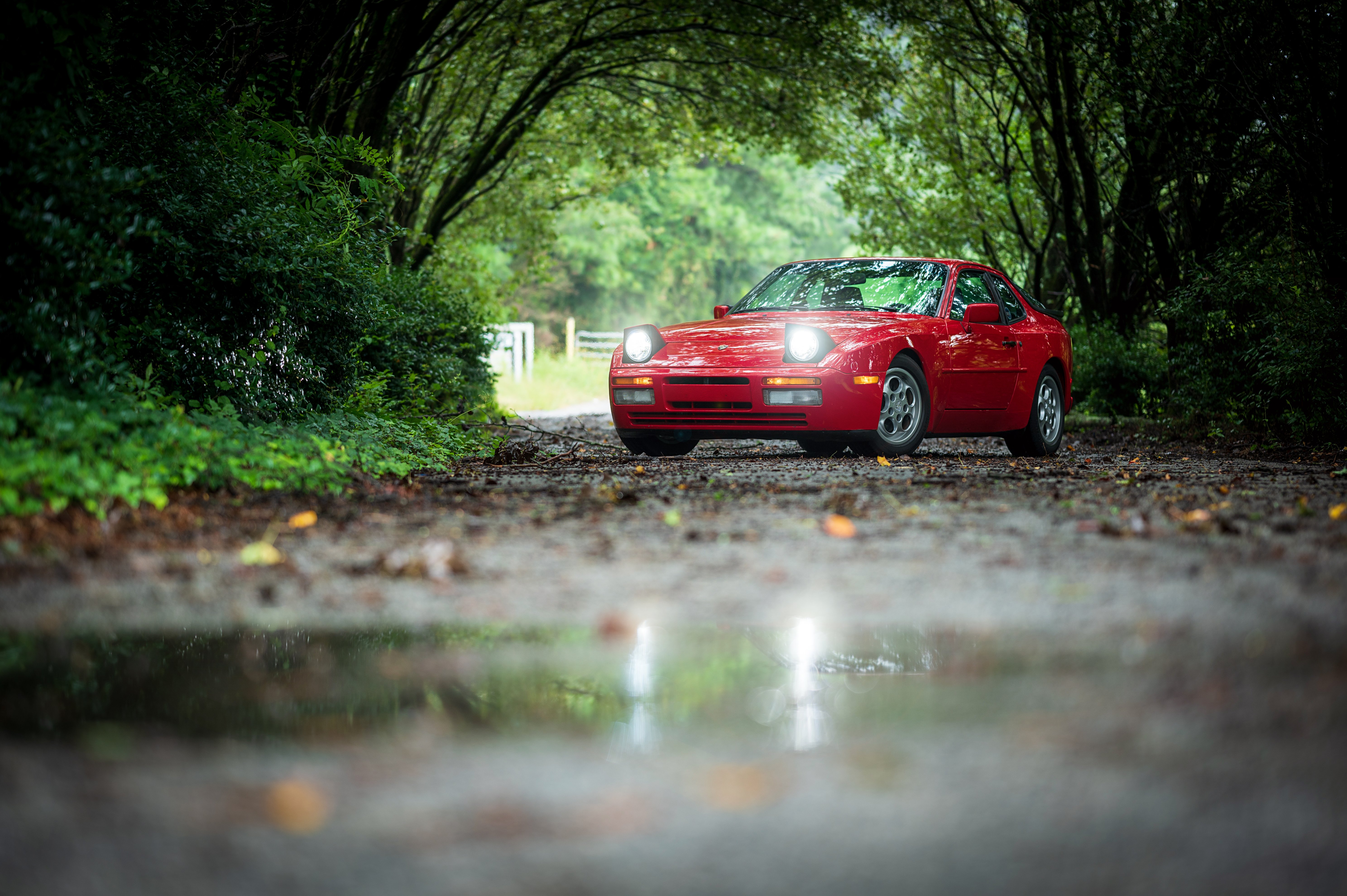 Car owners could sleep well knowing that replacing their headlights would become simpler by once again visiting their local auto parts store and picking up their appropriate bulb as opposed to the whole lamp. This new requirement also meant automakers could experiment with different and unique headlight designs. 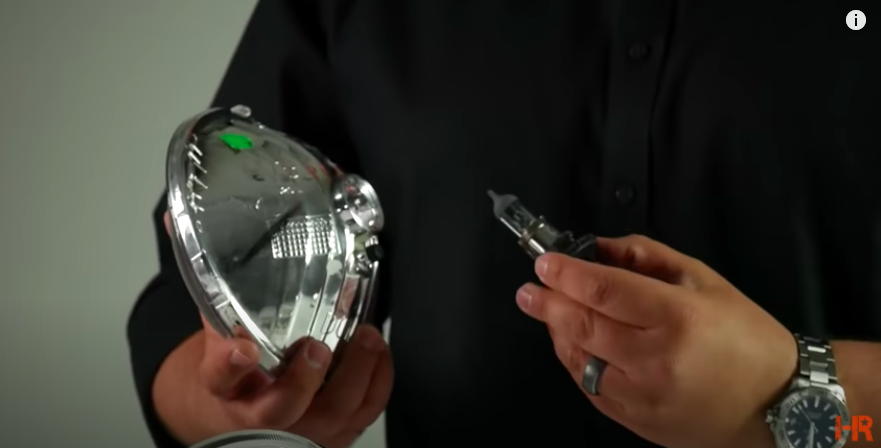 As technology and style progressed, the auto industry shifted towards the more modern molded plastic designs. These often had more than one light bulb and were going to be unique to a specific vehicle, if at most two or three total. 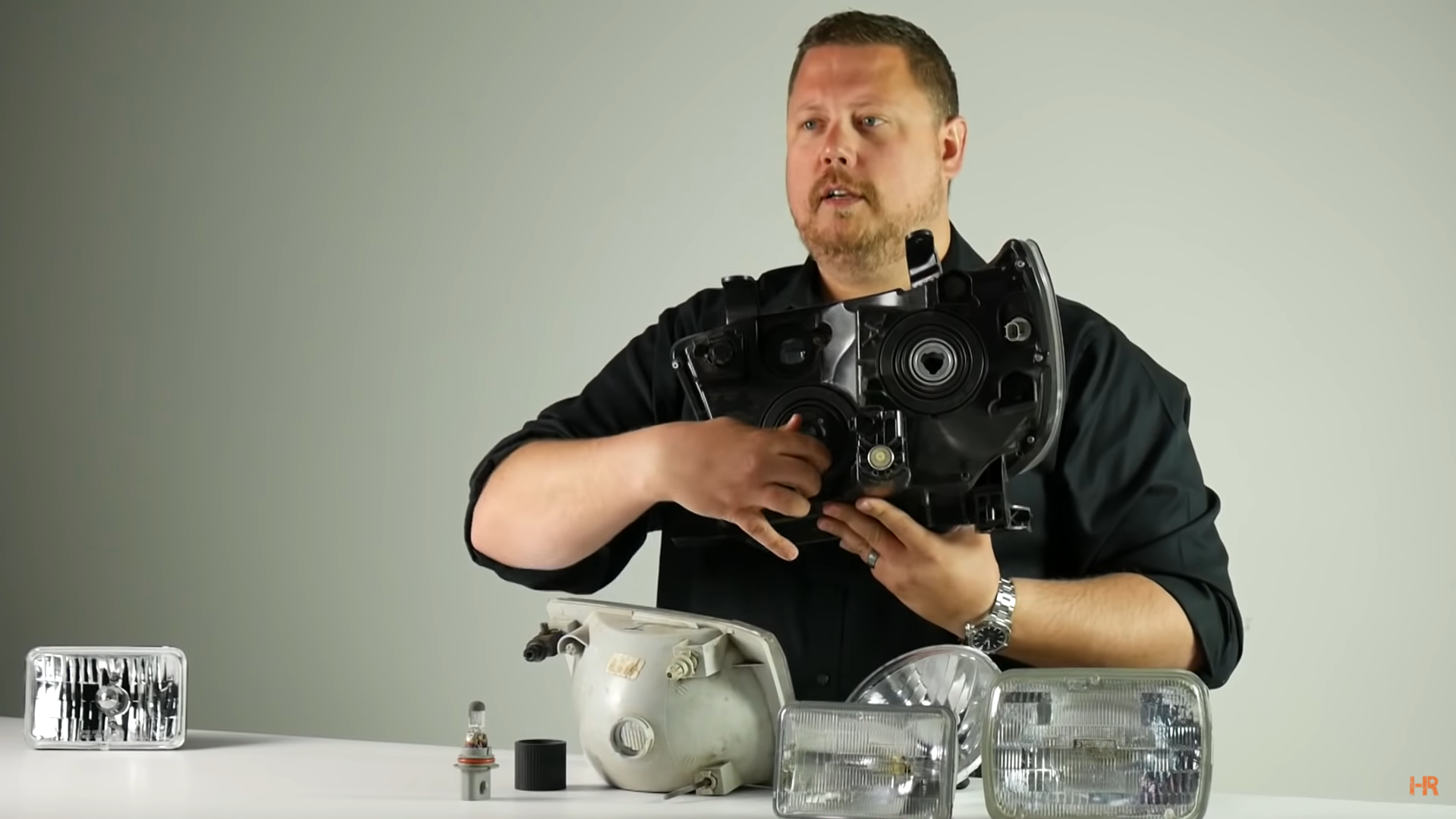 For example, in this Toyota Tundra headlight, there is a spot for the high beam and the low beam light bulb. Even though the housing is more unique, this is still considered a composite headlight.

Since there are still vehicles on the road today, whether that be classics or commercial and industrial vehicles, aftermarket sellers began to fill the performance gap these sealed beam headlights leave in their wake.

New options allow drivers to buy lamps that have the look and size specifications of their OEM sealed beam ones while having the ease of replacement of the interchangeable bulbs. What this also means, is that you can install a high-intensity discharge light or an LED light bulb instead. Halogen bulbs and HID bulbs are also available to be used in these instances. 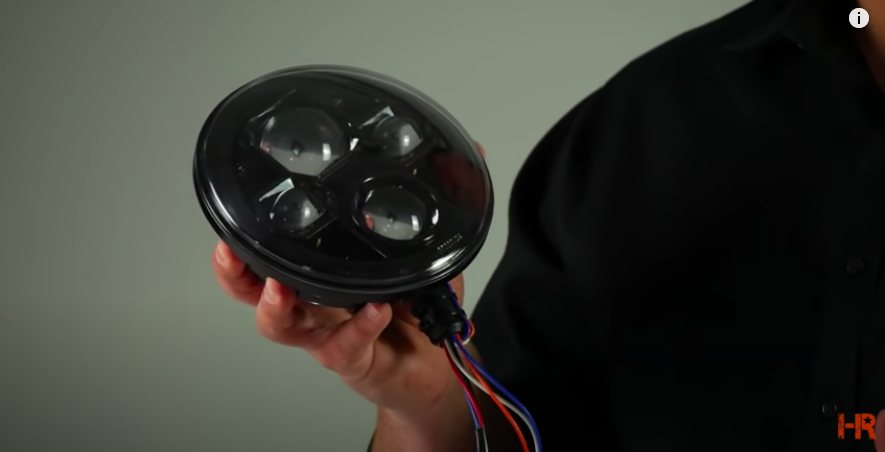 Modern technology has led automakers and aftermarket manufacturers alike to use LED technology. Ironically, these LED lights are not composite headlights, but sealed beams. The difference is, these are operated electronically through wires allowing for customization and plug-and-play use.

These sealed beam LED lights offer fantastic performance and styling. They also come in a variety of sizes to fit your that may use one of the four sealed beam headlight sizes.

How To Aim And Align Your Headlights

How To Tell What Type Of Headlights You Have

What's the Difference Between Projector and reflector headlights?